“The history of Greece begins with the Minoan Era (ca. 3200–1100 BC). Minoans were an ancient civilization on what is now Crete (in the Mediterranean) during the Bronze Age…” (Angelakis et al, 2013). In this period “issues related to sanitary techniques were considered of great importance and developed accordingly” (De Feo et al, 2014). Thus many advanced systems of water management, such as systems of water harvesting and distribution, were developed (De Feo et al, 2014). The most elaborate of these systems were constructed in palaces, such as the palace of Minos at Knossos (Koutsoyiannis et al, 2008), and allowed for lifestyles of such sophistication and sanitation as to rival that of 19th century Europe and North America (De Feo et al, 2014). These systems were also throughout the city itself, which “extended an area of 75,000–125,000 m2 and had an estimated population in the order of tens of thousands of inhabitants” (Mays, 2010). Key to these water management systems were terracotta pipes, which were used for distributing and collecting water (Angelakis et al, 2013).

The “systematic evolution of water management in ancient Greece began in Crete during the early Bronze Age, i.e. the Early Minoan period (ca. 3500–2150 B.C.) (Mays, 2010). However, one of the most elaborate of the terracotta pipe water management systems was located at the city of Knossos and its palace, Minos. And it was “[during] the Neopalatial period, ca. 1700–1400 B.C., [that] Knossos was at the height of its splendor” (Mays, 2010). 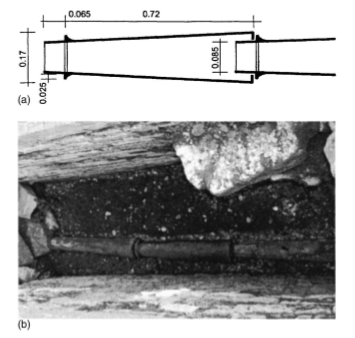 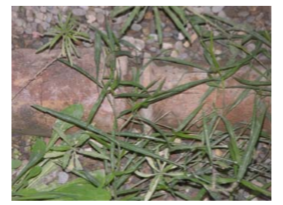 Terracotta pipes were used for a variety of purposes. They could convey either storm water collected from roofs, waste water, or fresh water from nearby springs and aqueducts (Angelakis et al, 2013). They then conveyed this water to cistern systems, palaces, sewage and drainage systems, or public water supply networks such as “public [fountains] or an open area from a spring, as shown in the case of the town of Zakro” (Angelakis et al, 2013). “In a case from Myrtos-Pyrgos (west of the city of Ierapetra) a terracotta pipe of rectangular shape supplied the nearby cistern system with stormwater collected from roofs [Figure 3a]” (Angelakis et al, 2013).

These pipes were also used in aqueducts. “Minoan aqueducts were of two basic types: the open/natural gravity flow system (e.g., Malia and Tylissos); and the closed/pressured pipe system…” (Angelakis et al, 2013). “The evidence for closed type water distribution in Minoan Crete originates from the use of terracotta pipes [Figure 3b], found at the palaces of Knossos and Tylissos, along with several others, discovered at the palace of Phaistos and at Palaikastro, Gournia, Lykastos and Zakro (House B). Among them, the best preserved examples are from the palace at Knossos” (Angelakis et al, 2013). “The closed system implies a practical knowledge of the hydraulic principle that water seeks its own level” (Angelakis et al, 2013), also known as the principle of communicating vessels. For example, “…it has been suggested that the [aqueduct] was supplied with water from the spring located in the low hill at Gypsades [5,18,19]. The water first descended and then ascended through a bridge with an estimated inclination rate of 5% suggesting an application of the principle of communicating vessels. If this was the case, then it is possible to infer that Minoan master craftsmen were aware of several hydraulic principles (e.g., siphon and communicating vessels)” (Angelakis et al, 2013). However, “It should be noted that, since the volume carried by the pipes is limited, these aqueducts were auxiliary. Alternatively, others pipes made of cypress, which was found in abundance in this region, may have been used” (Angelakis et al, 2013).

While some of the water harvesting, distribution, and sewage systems still work or may be easily seen today, the system at the Minoan palace of Minos at Knossos was destroyed with the palace around 1450 BCE (Mays, 2010).