Ancient Greece has a long history of advanced water management and distribution. This is in part because of water scarcity due to both the dry climate and the larger than normal distance of Greek settlements from major bodies of water (Koutsoyiannis et al. 2008). “There are a limited number of practical water supply options in arid regions…Basic water supply and management elements include techniques to divert, retain, and store ephemeral ﬂows such as local rain and ﬂood waters…For example, cisterns, which are essentially waterproof, typically underground, storage tanks, were a common water supply tool in many areas of the world, because they are a very effective and practical water storage solution” (Maliva and Missimer 2012). The earliest Greek civilization, Minoa in Crete, developed cistern technology during the early Bronze Age, (ca. 3500-2150 BCE) (Mays 2010). This technology was used and refined throughout Greek history through the Hellenistic period (323- 46 BCE), considered by some to be the peak of cistern technology and development (Mays 2010).

“A cistern is essentially a masonry tank, built at ground level or excavated few meters (3-10 m) below it. It is usually fed by rain water and/or fresh water transported by an aqueduct. Sometimes a cistern may be, in effect, a large city reservoir, aqueduct-fed, used for water supply. However, the cistern water was also for rural agricultural or industrial use (Hodge, 2002). Rainwater is normally collected and stored directly from the roofs of buildings or from open impervious surfaces. A cistern is usually a cylindrical, circular or oblong tank, as shown in Figure 1, often under the floor of the house. However, there are cisterns of rectangular or square shape, as shown in Figure 2. In most cases, the cisterns are equipped with built stairway on one side leading down to the bottom. Their walls are usually coated internally with impervious plaster. The cisterns may most usefully be divided into covered and uncovered, but it is not so easy to categorize them by function” (Antoniou et al 2006). Cisterns may have been covered to reduce evaporation or aid in the prevention of contamination.

Figure 1: “Minoan cisterns: at Myrtos-Pyrgos in the S.E. Crete (a) and at Tylissos Houses (b).”

Figure 2: Rectangular Cistern in the ancient city of Ammotopos (ca 4th century BCE): “a. View of the cistern from SW (left) and b. reconstruction from the same side (right)”

The first and largest cistern ever discovered was built in the classical period in the city-state of Dreros (Figure 3 and 4) (Mays 2010). “It is located in the agora of the city, had a rectangular shape with dimensions of 13.0 x 5.5 x 6.0 m³ and was used for water supply of the city…[it] was reported that the depth of the cistern is 8 m. [Furthermore, at] Dreros the average annual atmospheric precipitation is 500 mm and the average cistern capacity 429 m³…” (Antoniou et al 2006).

Figure 3: “Remain of the central cistern in the agora of Dreros” 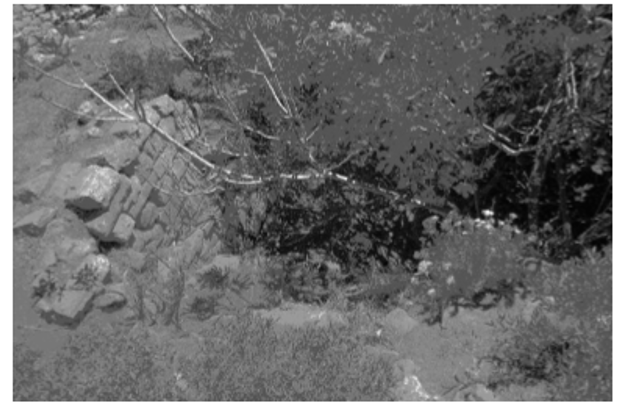 Figure 4: “Location and remains of the central cistern in the agora of Dreros (a) Agora looking toward cistern. (b) Steps leading down into cistern.”

While the author could not find a material description of this specific cistern, it is probably similar in in build to other cisterns of this time and geographic area. Namely,

“…covered with a layer of clay…cylindrical…[and] made from tufa, travertine and basalt…” (Angelakis et al 2013).

It was during the archaic and classical periods of Greece that “…scientiﬁc and engineering progress…enabled the construction of more sophisticated [cistern] structures”, though the cisterns remained similar to those of Minoan and Mycenaean Greece (Mays 2010). However, the Hellenistic period is generally considered the peak of cistern technological development, likely due to the fact that “During this time the water supply in several cities all over Greece was dependent entirely on precipitation” (Mays 2010).

“The Greek tradition emphasized a multiplicity of supply sources, each as a safeguard against failure of the others” (Maliva and Missimer 2012). The main three water supply sources were groundwater from wells, water from springs and streams conveyed by aqueduct, and harvested rainwater from cisterns (Maliva and Missimer 2012). “Both ancient Greeks and Romans made extensive use of cisterns throughout the Mediterranean to store rainwater. The systems range from household systems to large-capacity systems that served the community. Cisterns in ancient Greek cities appear to have been used to store water mainly for non-potable uses, but could be used for drinking water during water shortages (Crouch 1993; Mays 2007a). Both the Romans and Greeks preferred running water for drinking and distrusted stagnant water, but accepted the use of water from cisterns for human consumption” (Maliva and Missimer 2012). Cistern water was considered safe to drink because of the intensive amount of care put in to maintaining the water’s purity, which “…was an important consideration in ancient Greece...[because] rainwater fed cisterns [were] a secure supply of water in the case of war.” (Maliva and Missimer 2012). Aristotle explains:

“…and it must possess if possible a plentiful natural supply of pools and springs, but failing this, a mode has been invented of supplying water by means of constructing an abundance of large reservoirs for rainwater, so that a supply may never fail the citizens when they are debarred from their territory by war.” (Koutsoyiannis et al. 2008)