Constructed deep inside the Elidir mountain in northern Wales, the Dinorwig Power Station is considered an impressive pump hydro-plant, generating and storing power in times of low demand and supplying it instantly during peak demand. The works lasted from 1975 to 1983, and since 1984 when it was completed, it remains a facility with impressive operational characteristics and dynamic response capability. Due to its location in Snowdonia National Park, the plant is only accessible through a maze of underground tunnels, while most of its construction took place underground, inside an 'Electric Mountain', to minimize environmental impact. In fact, when the contract was let in 1975, the underground works had the highest value of any civil engineering project in the UK (£425m). Dinorwig was originally a slate quarry and the power station’s construction required 1 million tons of concrete, 200,000 tns of cement and 4,500 tns of steel, while a total of some 12 million tons of rock and slate were excavated to complete the scheme.

There are various reservoirs in the area, with the lowest one being the pre-existing lake of Llyn Peris whose water level was raised and its area increased from 36 to 55.4 hectares by dumping spoil into the deepest water and constructing a 3m high embankment along part of the north shore. North west of Llyn Peris is the natural lake of Llyn Padarn, while the upper reservoir is Llyn Marchlyn Mawr, also a pre-existing lake, to the north east of and 503m above Llyn Peris. A rock fill dam 36m high was constructed on its north side to increase capacity, which is notable for the use of asphaltic concrete on its face.

In order for the facility to generate power, a valve is opened and a body of water is released from Marchlyn Mawr, which flows through a 1.7km-long, 10.5m diameter low pressure tunnel, on a slight downhill gradient, to a 10m diameter vertical shaft 450m deep. At the base of the shaft, a 10m diameter high pressure tunnel leads to the power station about 670m away. The water divides into six smaller tunnels, from 2.4m to 4m in diameter, before spinning the six vertical Francis turbines to generate electricity. During non-peak electricity demand, the facility pumps the water back into the lower reservoir.

Dinorwig Power Station can go from shutdown to fully operational in less than 16 seconds, having an energy storage capacity of approximately 9.1 GWh. At peak output, water flows through the generators at 390 m3 per second (about the volume of a 25m swimming pool every second). In general, pumping takes seven hours each night and generation lasts five hours every day, with an average output of 1,680MW at 18kV. The turbines are able to run without load to provide an immediate reaction to demand. A load of up to 1,320MW can be picked up in 10 seconds — probably the fastest response in the world — and full load can be achieved in 12 seconds.

The station’s machinery is housed in nine manmade caverns, hollowed out of the rock some 750m inside the mountain. The main cavern, the largest man-made cavern in Europe, is big enough to contain St Paul’s Cathedral. It is 180m long, 23m wide and up to 51m high and lies 71m below the water level of Llyn Peris. The nearby transformer hall is 160m long, 23m wide and 17m high. There are also massive shafts and galleries for hydraulic and electrical control equipment, and 16km of tunnels that carry two-lane roads into the power station.

The Dinorwig scheme is now owned by First Hydro Company and has become a popular visitor attraction, with tours of the underground power station arranged from the ‘Electric Mountain’ visitor centre in Llanberis.

For a look inside this incredible facility, check out the below video: 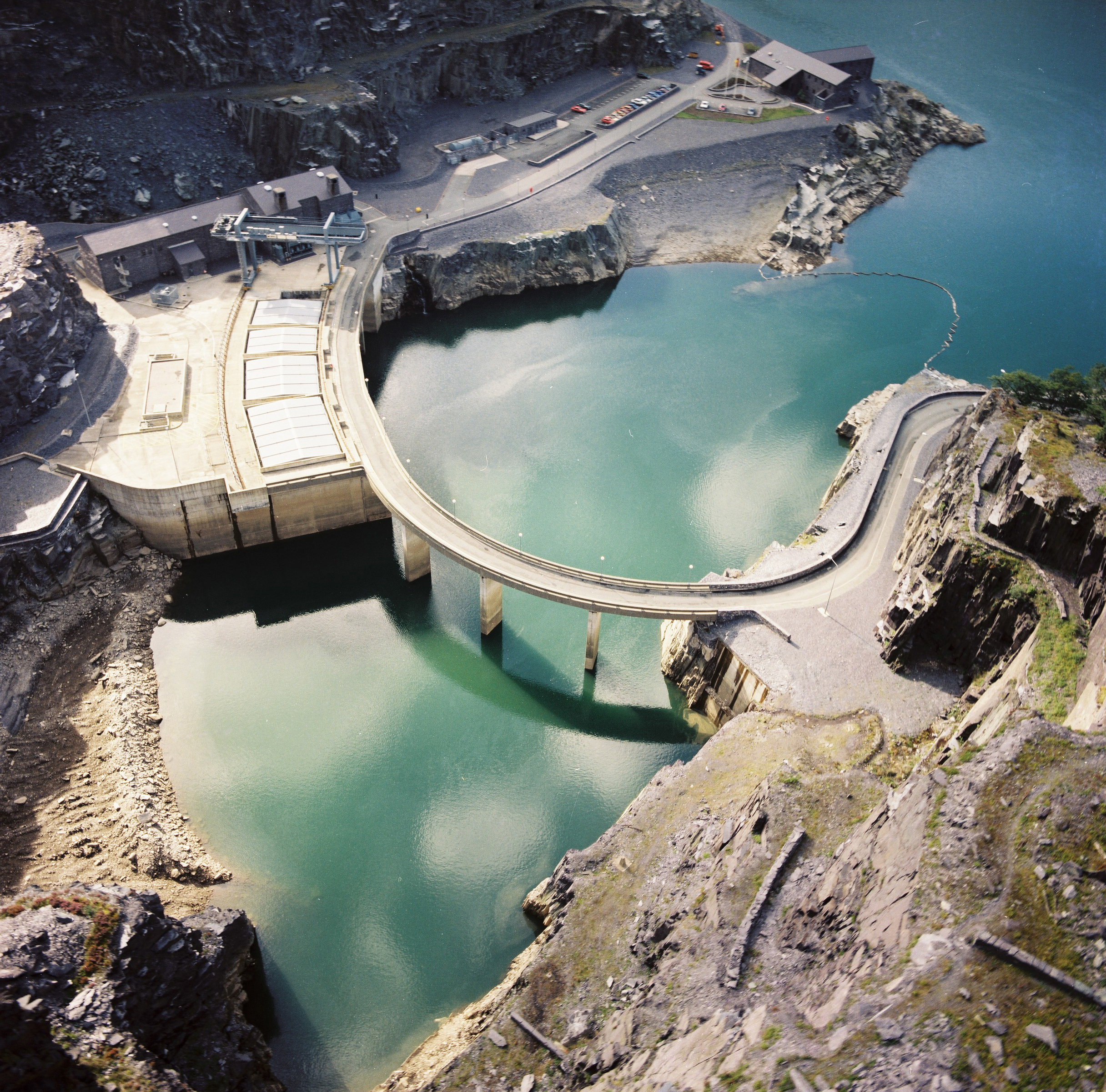 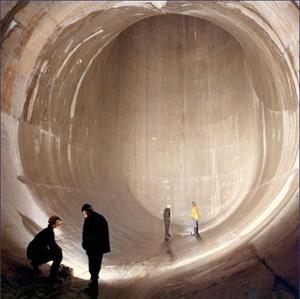 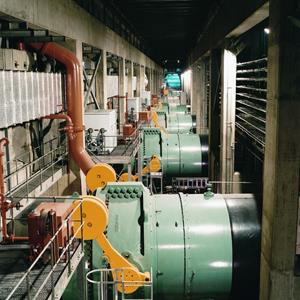 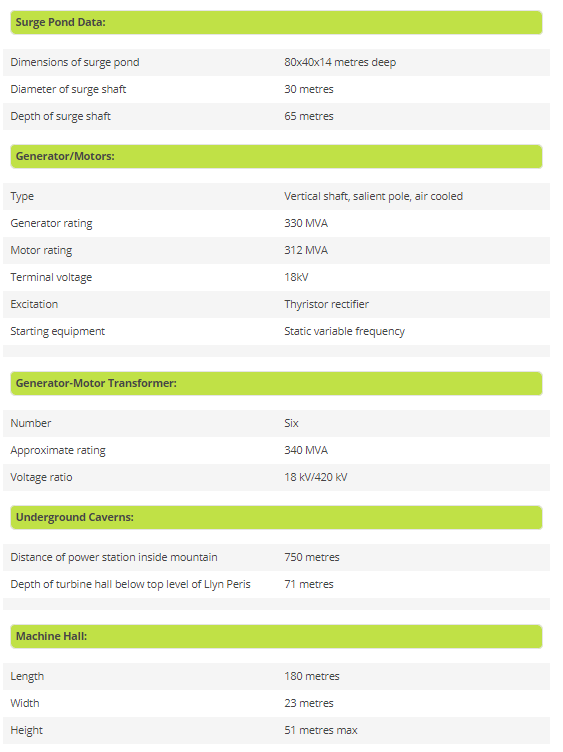 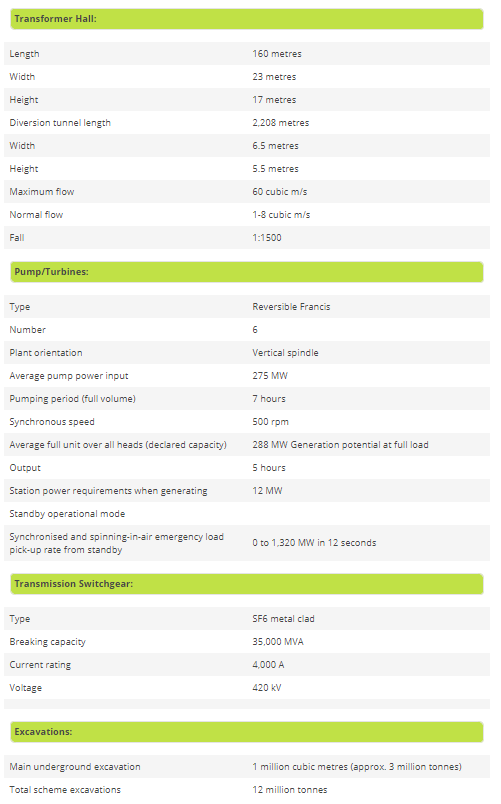