In central Europe, 5% of the natural geothermal heat reserves can be found in natural thermal water layers, but 95% is contained in deep rock. Especially the Upper Rhine Graben area on the French-German border has excellent geological conditions for producing geothermal energy, as natural geological thermal deposits can be tapped at comparatively low depths with bore wells. The temperature prevailing at a depth of 1,000 metres is two and a half times the average of central European countries, a geothermal heat anomaly caused by high fractured rocks in great depth from which hot thermal water rises.

In the French community of Soultz-sous-ForÃªts in Alsace, a European research facility was established in the mid-1980â€™s in order for scientists to research the process of utilizing heat from crystalline rock (petrothermal geothermal energy) and optimize the concept and technology. Last year, in a French-German cooperation of two power companies, the ElectricitÃ© de Strasbourg (ES) and the EnBW Energie Baden-WÃ¼rttemberg AG the old research facility, dating from 2008, was replaced with a new commercial power plant, generating approximately 12 million kWh every year. The operating parameters and power plant design were precisely defined, and taking into consideration the results of the research phase regarding how to deal with corrosive salt water and gaseous thermal waters, the new system operates more efficiently than the pilot facility. The electricity produced is fed into the French grid and it is intended to cover the needs of 3,000 four-person households (4,000 kWh/p.a.). In France, the feed-in tariff for geothermal electricity amounts to 22.19 ct/kWh and is based on the gross output of the power plant generator minus the electricity requirement of the ORC power plant, while the power requirement of the production pumps is not taken into account.

The geothermal heat is converted using a special power plant process, the Organic Rankine Cycle (ORC), that can utilize heat at a comparatively low temperature level to generate power. According to this principle, in the heat exchanger of the ORC power plant, the heat from the thermal water is transferred to the isobutane working fluid circulating in the secondary circuit, which thereby evaporates. At this point of the circuit, the working fluid is under high pressure and the hot steam is then expanded via a turbine. The working fluid is liquefied again by the air-cooled condenser, and is then once again pressurized by a pump. 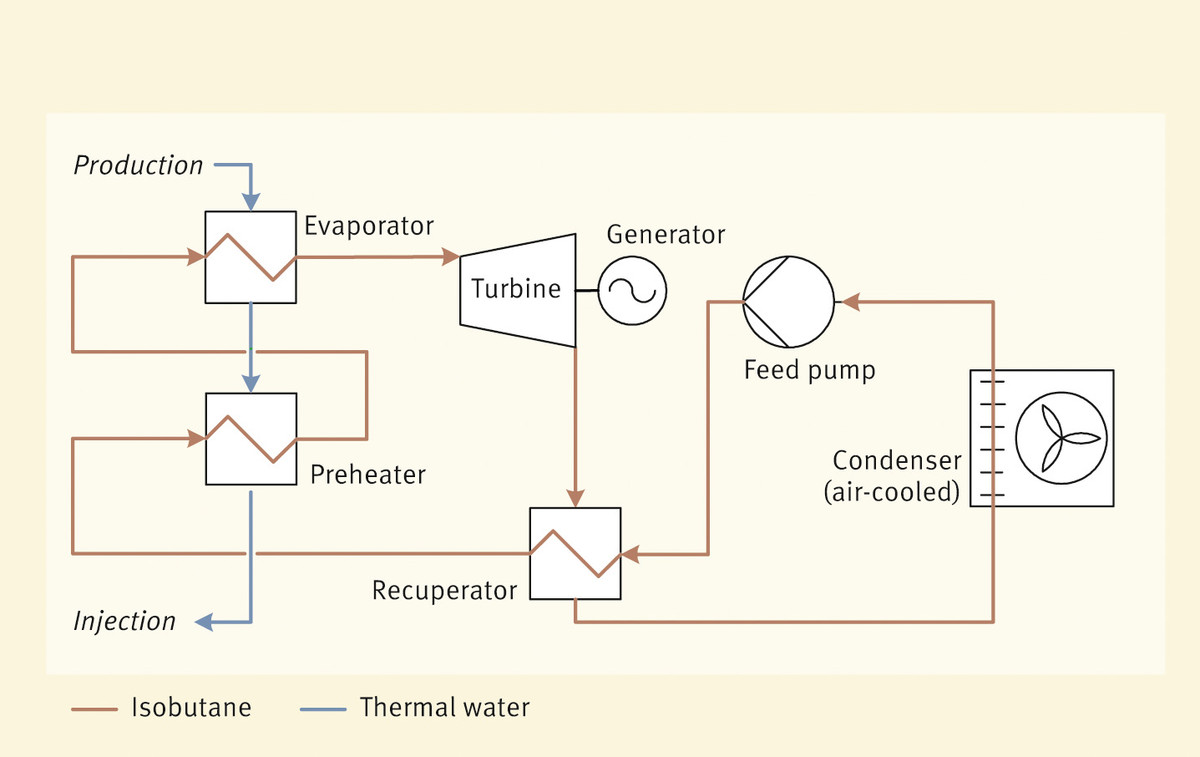 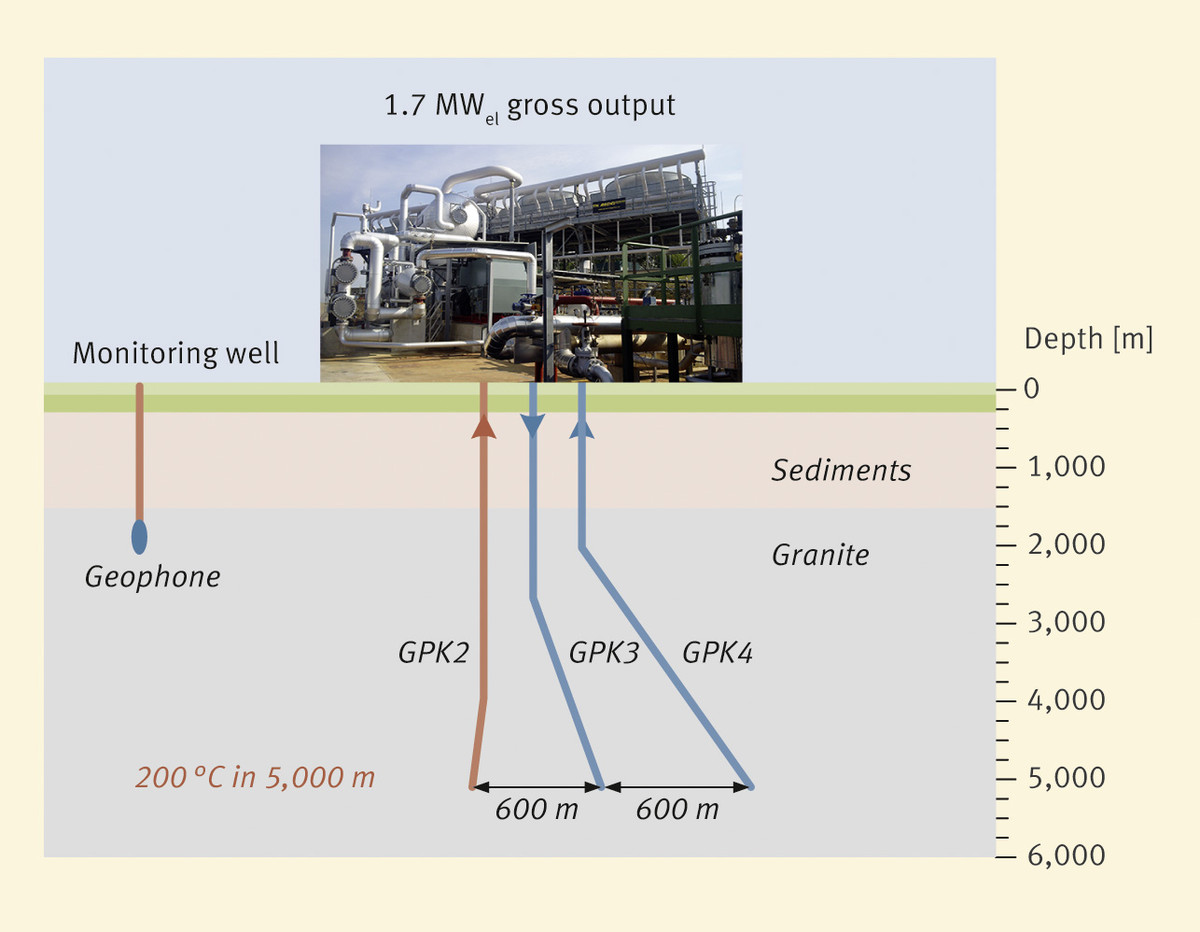 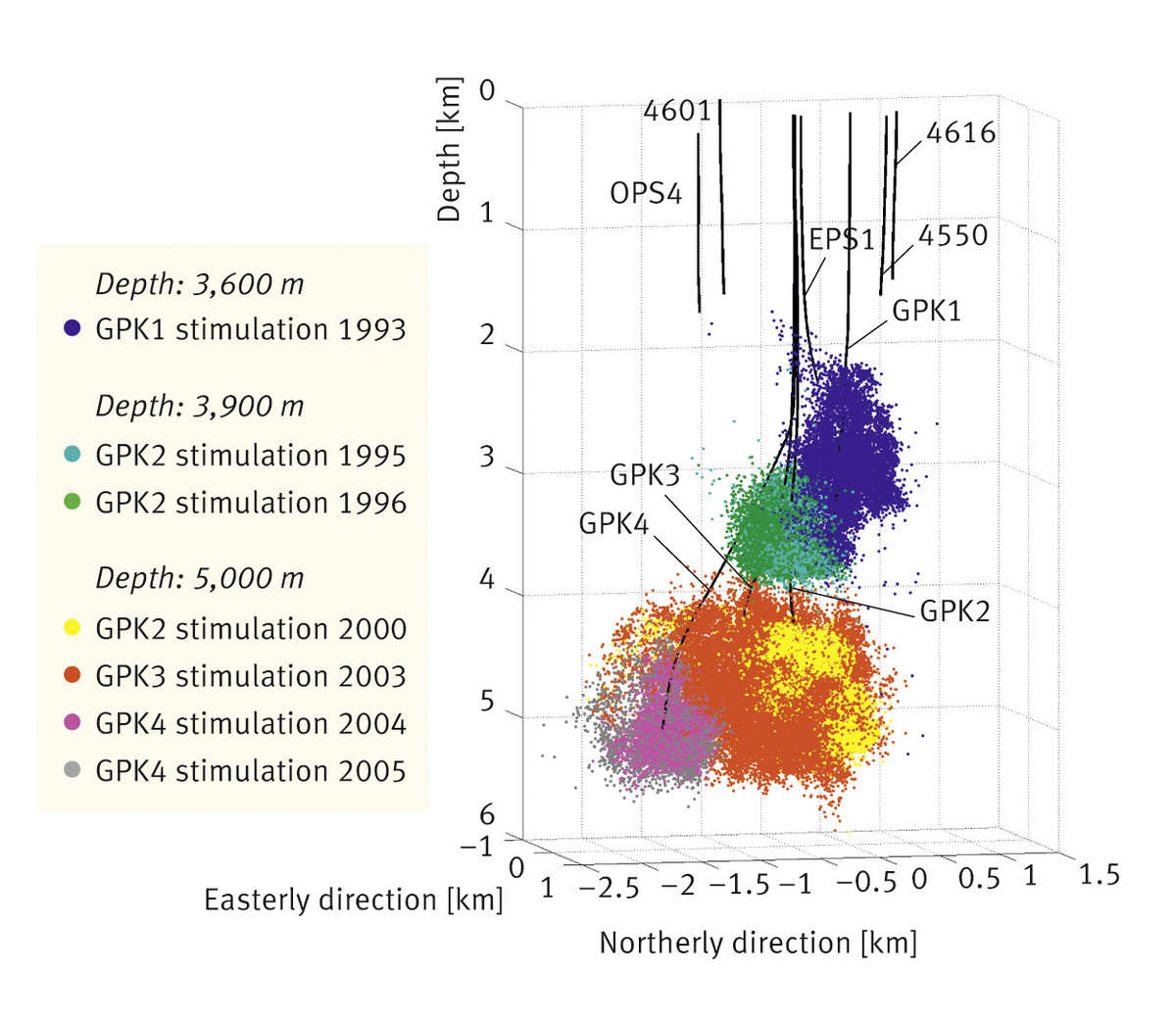 The recorded fracture sounds enable the depiction of the upper (green, blue) and lower (red and yellow) geothermal heat exchangers. 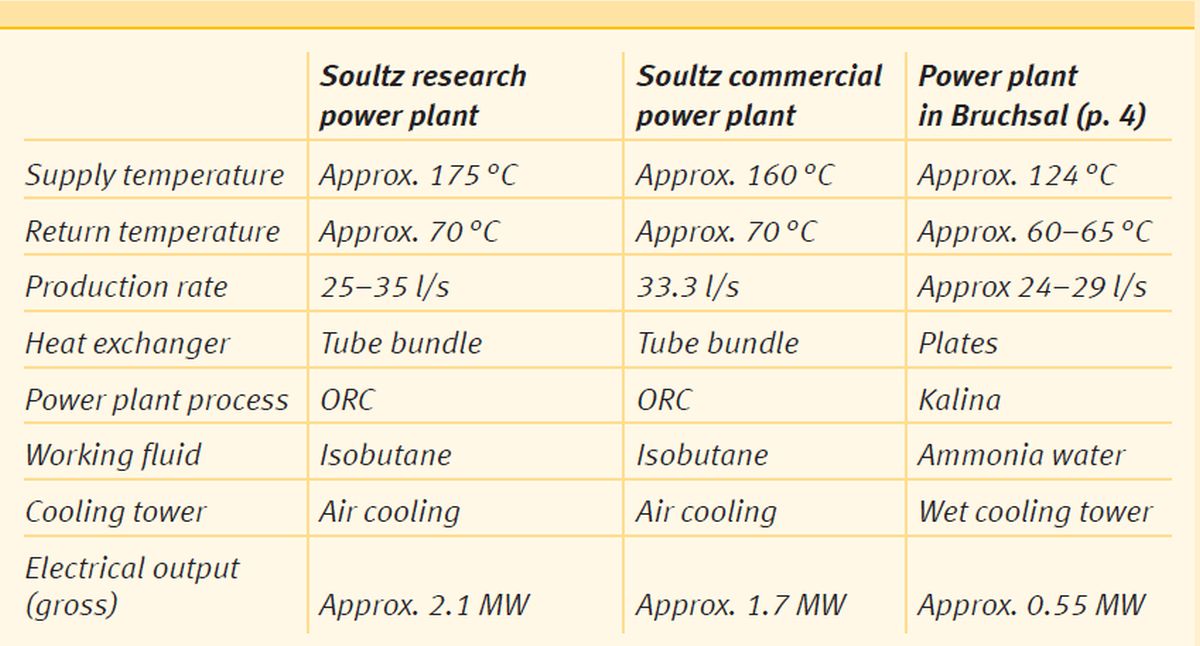