The Belt and Road Initiative (BRI), previously called One Belt and One Road Initiative (OBOR), is an ambitious development strategy proposed by the Chinese Government in order to construct a unified large market between Eurasian countries, connecting them via the land-based Silk Road Economic Belt (SREB) and the aquatic Maritime Silk Road (MSR). Some estimates list the Chinese initiative as one of the largest infrastructure and investment projects in history, spanning more than 68 countries, including 65% of the world's population and 40% of the global GDP as of 2017, while critics call it a push by China to take a larger role in global affairs. But as the initial focus has been on infrastructure investment, there are more and more voices claiming China's plan to crisscross half of the Earth with massive transportation and energy projects is environmentally the riskiest venture ever undertaken.

Distinguished Professor William Laurance from James Cook University in Australia is one of them, saying that "China has enormous ambitions. But with that comes enormous responsibilities". “The government claims its Belt and Road will be a blueprint for responsible development, but that's going to require it to fundamentally change the way it does business internationally," he adds. Together with an international team of researchers from Australia, China, Germany, Portugal, Canada, and the U.S., he recently published an article in the Nature Sustainability journal, urging China to undertake rigorous strategic planning before embarking on its 'Belt and Road Initiative', which by mid-century, could involve 7,000 infrastructure projects and US $8 trillion in investment. Such an extended initiative could impact over 1,700 critical biodiversity areas and hundreds of threatened species, according to WWF .

"Too many Chinese firms and financiers operating overseas are poorly controlled by their government -- in large part because they are so profitable," Laurance said. "In the last two decades I've seen countless examples of aggressive and even predatory exploitation by Chinese firms, especially in developing nations with weak environmental controls and China is doing a much better job of improving environmental safeguards inside the country than internationally".

The authors say China has a unique opportunity to change its model of development and become a world-leader in sustainability. "It has produced a mountain of green documents and promises about the Belt and Road, but a leopard doesn't just change its spots overnight. China has a unique opportunity, but if it's 'business as usual' then I think the costs for the environment and economic risks for investors could be flat-out scary", Laurance concludes. 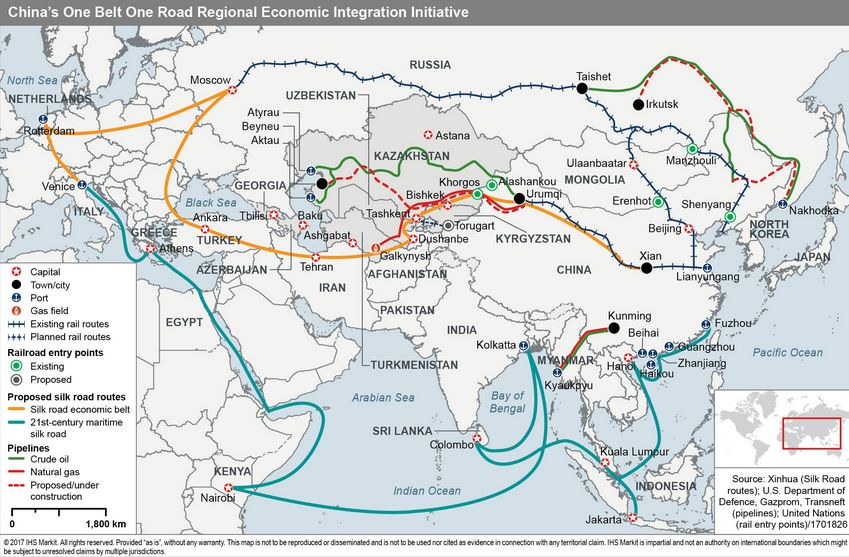