This device turns smog into art

In 2013, Graviky Labs, an India-based research company that sprang out of the MIT Media Lab, invented Kaalink, a device that when attached to a vehicle’s exhaust pipe, collects the fumes with its carbon-soot filter system. Since then, they managed to refine their technology and recently launched Air Ink, a line of products (including pens, spray paint, oil-based paints) whose pigments come straight from the cars’ exhaust pipes, but are completely safe for use.

The cylindrical device was first presented in 2013 at the annual INK conference in India, which showcases innovative projects and inventions. Kaalink is reusable and filters "between 85-95%" of soot emissions from a vehicle of Particulate Matter (PM) 2.5. The same technology can be scaled to fit onto cranes, boats, chimneys and brick kilns.

"By preventing particulate matter from entering into the air, we are able to prevent the health hazards associated with the inhalation of particulate matter," Graviky Labs co-founders Anirudh Sharma and Nikhil Kaushik said. 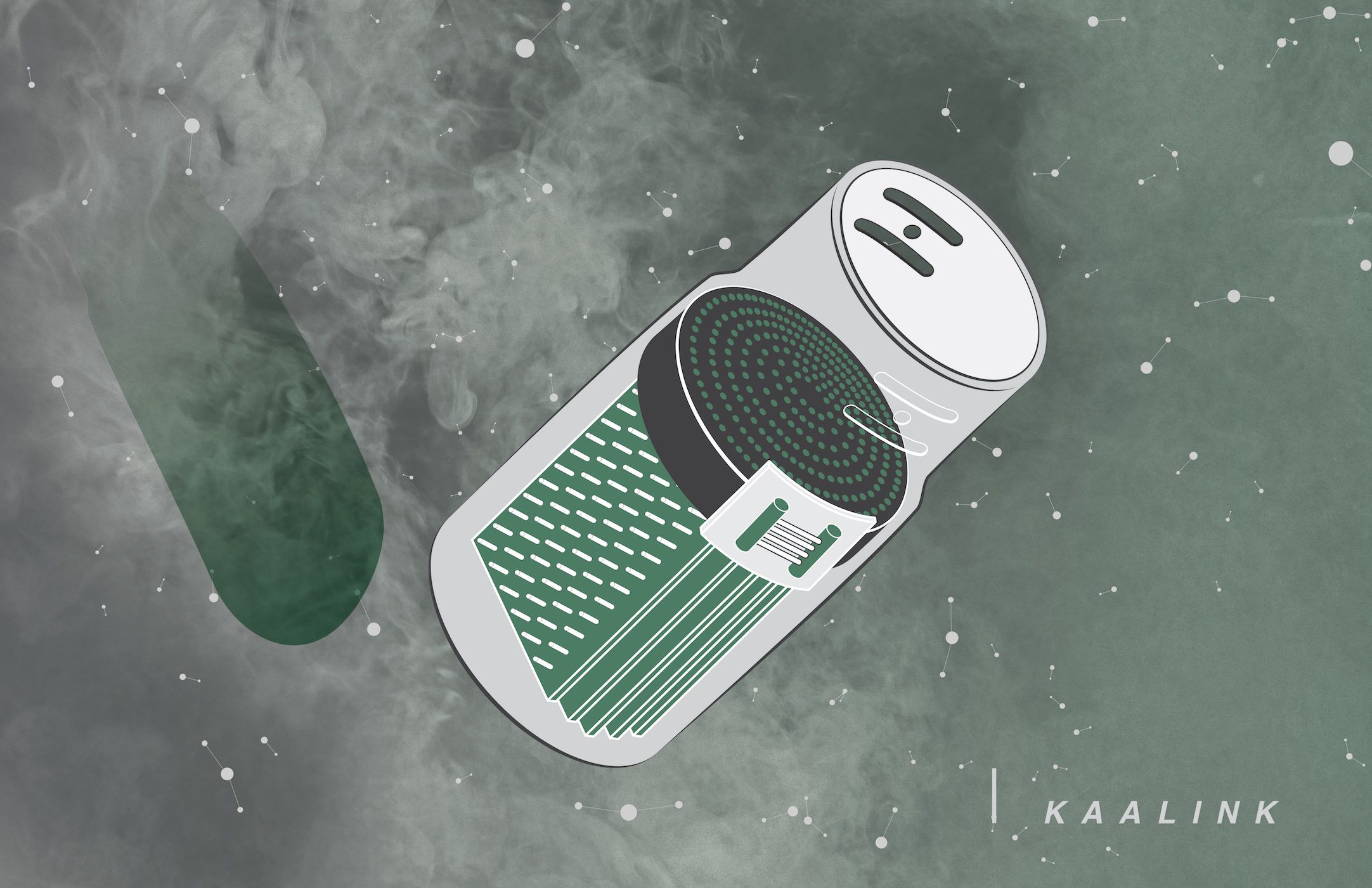 Figure of the Kaalink device and its carbon-soot filter system.Graviky Labs 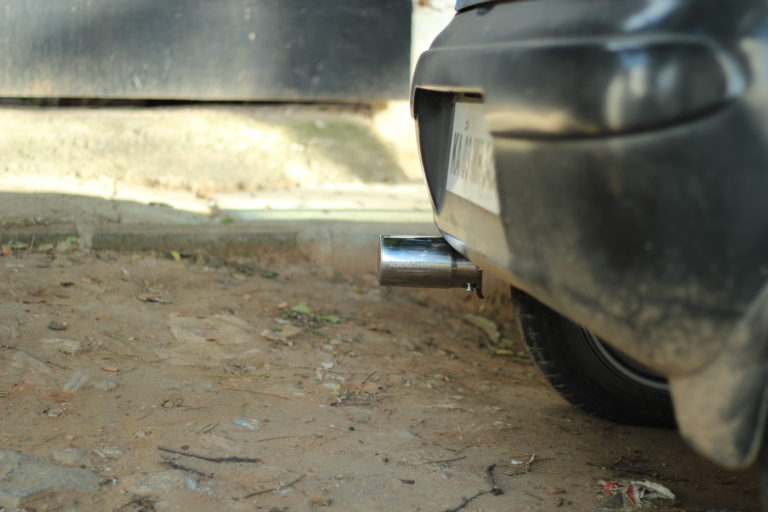 Kaalink on a car

The innovators took a step forward by managing to transform the carbon captured by Kaalink to ink that can be safely used in pens, sprays etc. The collected soot undergoes various proprietary processing to remove heavy metals, dust particles and carcinogens, so that the end product is a purified carbon rich pigment. Although this whole process is carbon-neutral, Sharma and Kaushik hope to make black-ink production more sustainable and environmentally friendly. "We are replacing the consumption of fossil fuels to make carbon black [inks]," they say.

Typically, 1 fluid ounce (30ml) of ink can be produced out of 45 minutes’ worth of vehicular emissions, although this depends on the type of vehicle that is being filtered and how dirty its exhaust is. "A Kaalink unit attached to an old Euro 3 car should become neutral after running for approx. 200-300 kms (124-186 miles)," they say.

Air-ink is currently available as 2mm, 15mm, 30mm and 50mm markers, and as 150ml of screen printing ink. They have already been tested in the real world, after Graviky Labs collaborated with street artists in Hong Kong, who used the markers to create their art and at the same time raise awareness about air pollution.

The innovators recently raised a successful Kickstarter campaign - their 14,000 goal has already been transcended, in order to refine the Kaalink device and help scale up production. They also plan to develop a wider range of products including fabric and outdoor paints. 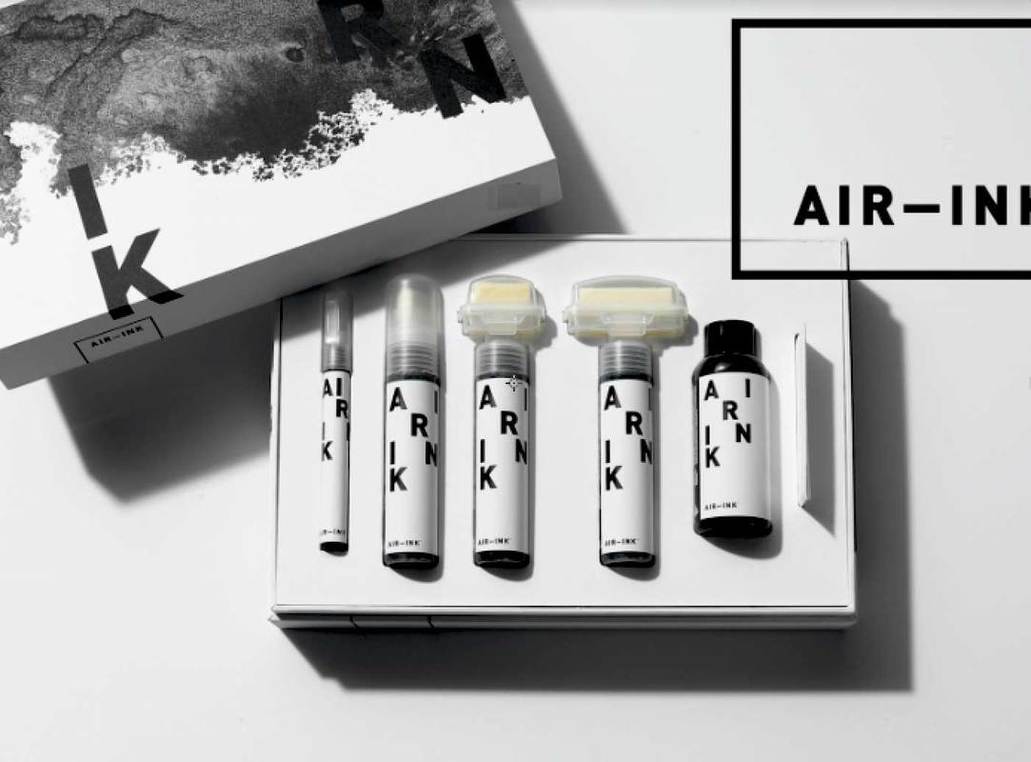 An assortment of Air-Ink bottles.Graviky Labs 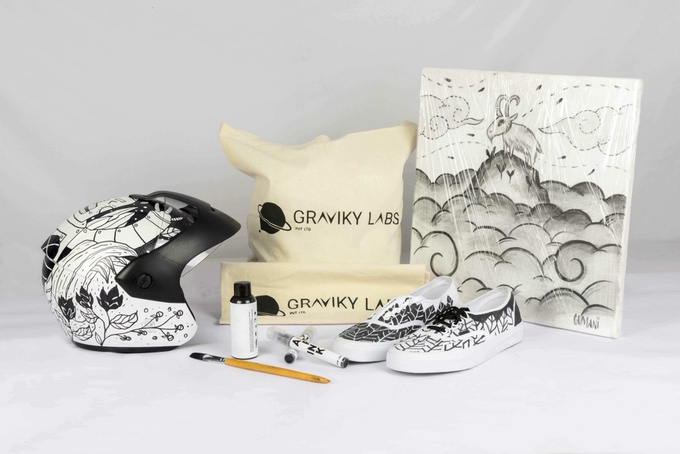 Products decorated with carbon-black ink made from vehicle exhaust.Graviky Labs 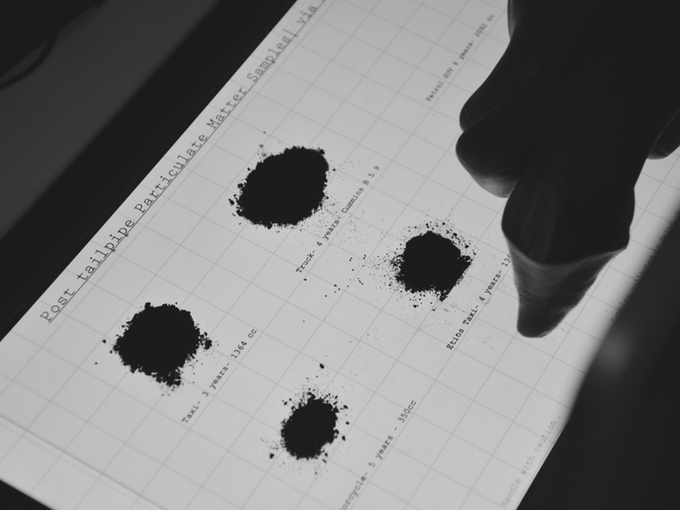