The Rotterdam-based design Studio Roosegaarde has created a prototype of the world’s largest air purifier, which turns smog particles into diamonds. The artist Daan Roosegaarde got inspired about this project after a trip to Beijing, China some years ago, when he experienced the city's notorious air pollution (last year Beijing had 186 days with good air quality -51% of the total-, according to the city’s Environmental Protection Bureau). The 7-meter high and 3.5m wide tower is called ‘Smog Free Tower’ and the first pilot was launched on the 4th of September 2015 in Rotterdam, after raising funds on Kickstarter.The tower sucks up smog like a vacuum from the top and then releases the filtered air through its six-sided vents, having a capacity of cleaning more than 30,000 m3 of air per hour and running on 1,400W of green energy. After the tower collects large amounts of black carbon powder, the designers, using high pressure, will turn it into square rings and cufflinks featuring a cube of compressed pollution. Every ring holds as much smog as 1,000 m3 of city air.

The ‘Smog Free Tower’ attracts pollution particles via static electricity, where air purifiers filter the air through a patented ionization-technique. This form of filtering captures even the smallest, invisible particles from the air (it can purify particles as small as PM2.5) and doesn't create ozone in the process as it is often the case in ionization-techniques. It is the same technology that is often used in hospitals to clean air, but this is the first time it is applied in such a large scale. The capture technology is based on a high voltage source that sends electrons to hit particles 10 nm in diameter and larger, knocking off electrons from the airborne particles and converting them into positively charged particulate matter. The ultra-fine dust and dust particles drift off from the high voltage charged electrode and follow the field lines towards the grounded counter electrode until they become fixed through chemical bonding at the counter electrode. The whole system was tested at the highest KEMA test qualification in the Netherlands, and was also European-certified as a safe device in 2008. The tower currently runs on wind energy powered by Eneco, and is also able to run on solar energy. ‘It creates bubbles of clean air around the tower and has performed well in reducing airborne pollutants by 75 to 80 % in a surrounding area’, says Roosegaarde.

Roosegaarde wants his tower project to travel the world, visiting cities such as Beijing, Paris, Los Angeles and Mexico City, and creating smog free air zones in the largest and most polluted cities. The arrangements have been made and the tower’s first stop will be Beijing, China in September. ‘But it's more than just cleaning the air. I hope the project develops public awareness of environmental protect’, he says. 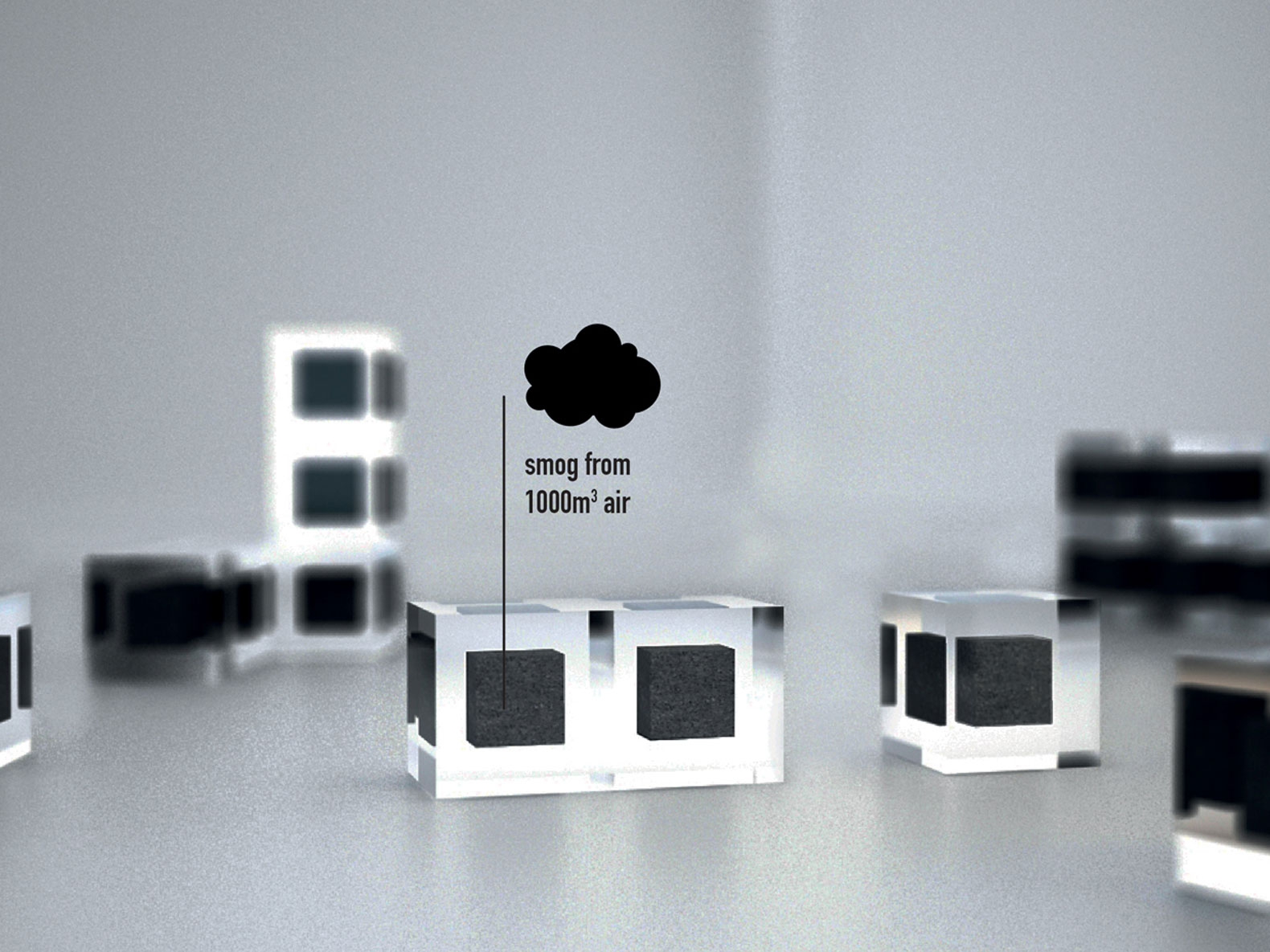 Every ring holds as much smog as 1,000 m3 of city air.Photo courtesy: Studio Roosegaarde 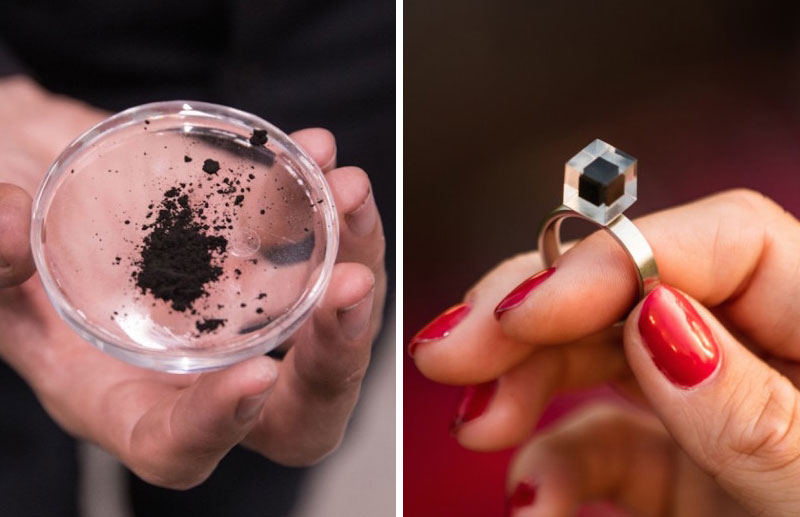 The smog particles, which are partially made of carbon, are compressed for 30 minutes, sealed within a resin cube and used in rings and cufflinks.Photo courtesy: Studio Roosegaarde