‘Plastic’ bags made from potato and tapioca

Since the beginning of the year, the use of all single-use plastic items such as produce bags, cutlery and cups in the area of Delhi is prohibited. A partial or total ban on plastic bags has been legislated in several other Indian cities too. The Mangalore-born Ashwath Hegde saw that as an opportunity to invent a biodegradable alternative to plastic bag that would be just as affordable. “The Mangalore City Corporation implemented a ban on the manufacture, sale and distribution of plastic bags in the year 2012. But the decision was taken without preparations for alternatives. People were concerned about how they would carry products from the market now. Everyone cannot afford a bag worth Rs. 5 or Rs. 15 to carry a kilogram of sugar. I decided to come up with alternatives after hearing about these problems in my hometown,” says the now Qatar-based NRI entrepreneur.

In 2012, he created EnviGreen, a company that produces 100% organic, biodegradable and eco-friendly products made from natural starch, vegetable oil derivatives and vegetable waste. Their bag manufacturing process is entirely different from that of plastic, cloth, or paper bags. They use 12 ingredients, including potato, tapioca, corn, natural starch, vegetable oil, banana, and flower oil. All raw materials are first turned into liquids and then undergo a six-step procedure till the end product is formed. “We don’t use any chemicals at all. Even the paint used for printing on the bags is natural and organic,” says Ashwath. “Their cost is about 35% more than that of a plastic bag, but 500% less than that of a cloth bag. To give you a rough idea, an EnviGreen bag measuring 13 inches by 16 inches costs Rs. 3, while a plastic bag with the same dimensions will cost Rs. 2”, he adds.

Once discarded in nature, these bags will decompose in less than 180 days. They are also highly water-soluble: at normal temperature, they will be dissolved in a day, whereas if put in boiling water, in just 15 seconds! The bags are even edible - Ashwath has publicly consumed one after boiling it to prove his point- and will cause no harm to animals if ingested. They also do not melt, drip or release toxic fumes when burnt, unlike conventional plastic bags.

The company has set up a factory in Bangalore that produces 1,000 metric tonnes of bags every month, and there are plans more manufacturing facilities across Karnataka in order to be able to cover the local demand. According to Ashwath, over 30,000 metric tonnes of plastic bags are used in Bangalore (the capital sity of Karnataka) every month. For the time being, some of the raw materials are bought directly from local farmers, a highly profitable transaction and a good source of alternate income for them. “We had this unique idea of empowering farmers in rural Karnataka by sourcing all our raw materials from them. We are also planning to distribute seeds to help them produce the amount of materials required to make the bags,” he says. Last December, they started supplying to corporate retail chains like Metro and Reliance and now the organic bags can be found in stores in various Indian cities, Qatar and Abu Dhabi. Many global retailers have also expressed their interest, so we will soon see them in Europe and the US. 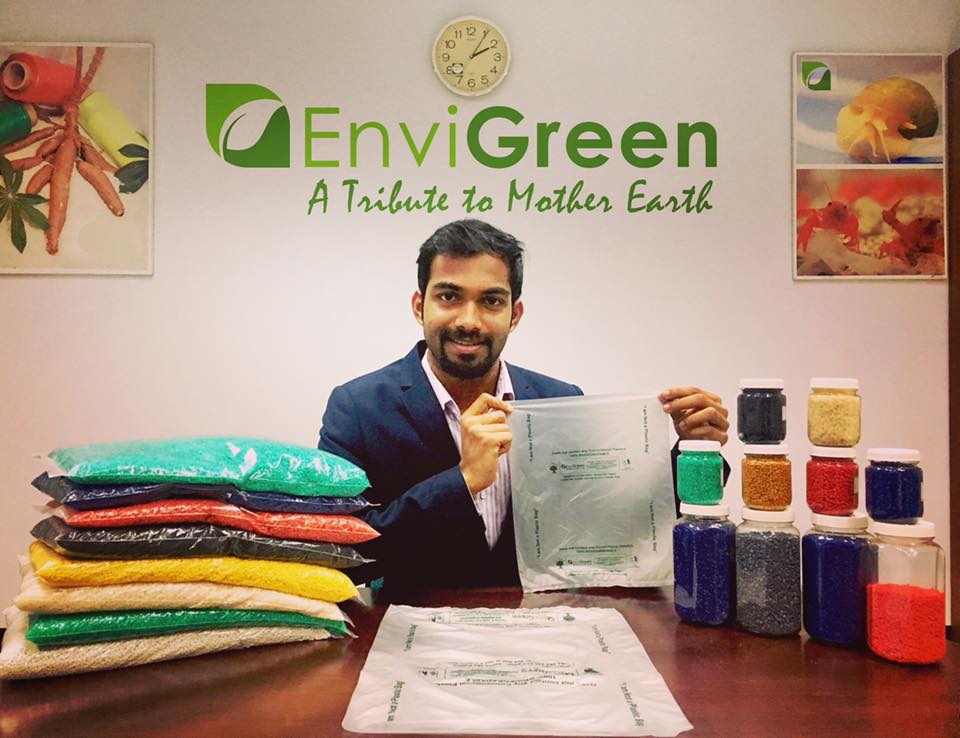 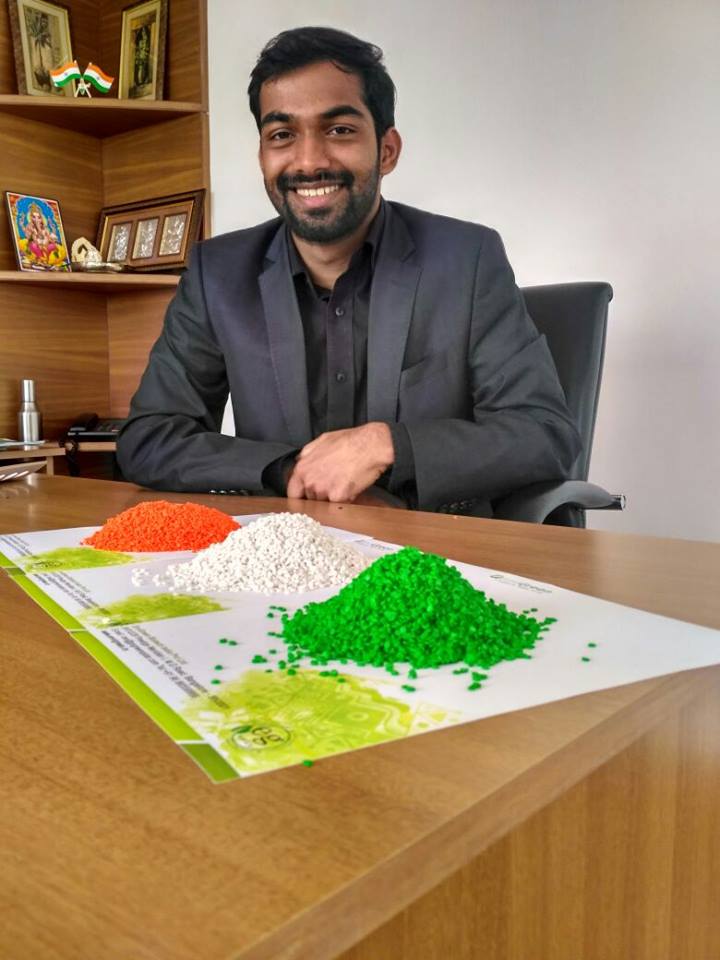