Planting trees using drones is being tested in India

On June 5, World Environment Day, the first drone-seeding trial took place on the banks of river Pinakini in the Gauribidanur area in Karnatakaâ€™s Kolar district in India. A team of scientists from the Indian Institute of Science (IISC Bangalore) aim to make a 10,000-acre area in the Doddaballapur hill range north of the city green and turn inaccessible areas into forests. Their plan is still at an experimental stage to see how well drone-seeding can work in deforested areas, however it seems to be the only solution as planting by hand in the steep slopes is next to impossible. â€˜[â€¦]the only way is to reach by air. Doing it with big aircraft is expensive, and take-offs and landings are a problem. So the only way to do it is through dronesâ€™, says Professor KPJ Reddy.

â€˜What we have in mind is to at least seed 10,000 acres, and we will be doing this every year, for three consecutive yearsâ€™, says Professor S.N. Omkar, adding that â€˜the advantage with drones is that we have the image before dropping the seeds, and can geotag the path. Subsequently, once every three months, we can fly over that area and see the impact of dropping the seedsâ€™. The scientists will keep track of where trees sprout up and compare it with where seeds were dropped, to determine what factors and which types of trees react best to drone planting. Each seed is packed in a ball of manure to give it an advantage starting out. 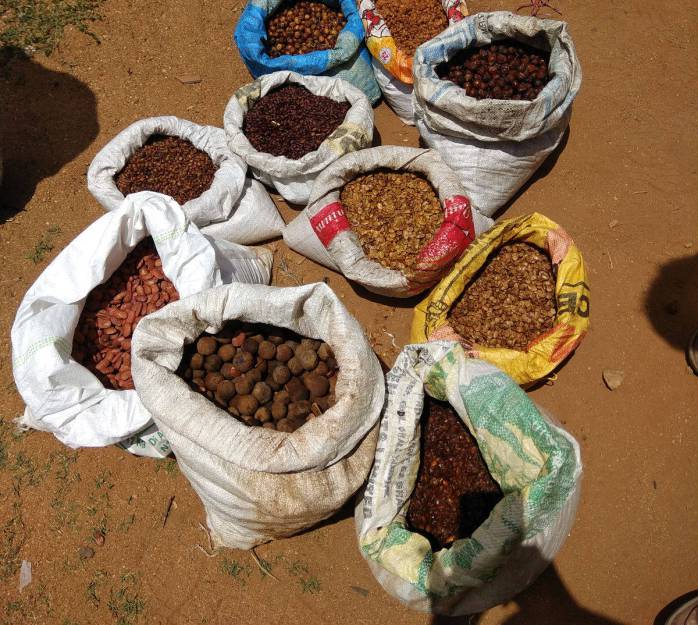 The drone-dropped seeds wrapped in balls of manure and soil along the Pinakini river bed. Photo: G V Srinivas 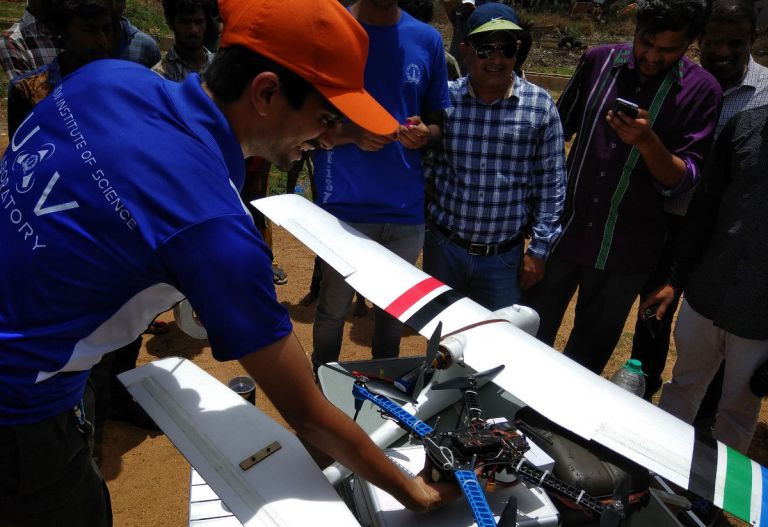 BioCarbon Engineering, with offices in Oxford, Sydney and Dublin, is looking to battle deforestation, and has developed techniques for fast precision planting and entire ecosystem restoration. The companyâ€™s CEO Lauren Fletcher, a former NASA engineer, has a goal of planting 1 billion trees a year, starting from areas that suffer from deforestation, like the rainforests and jungles of South Africa and the Amazon river in Brazil. â€œBy rebuilding forests, you not only increase the quality of the local water and air, but can bring jobs and products to a region,â€ says Fletcher. He admits that â€œThere are some times when planting by hand is absolutely the right approachâ€. â€œBut, in other instances, the drones can be a very effective tool for the right location at the right timeâ€, he adds.

The companyâ€™s methodology comprises of 5 stages:

1) Mapping (to gather information about the area to be seeded), using drones that fly over a potential planting zone;

2) Creating/constructing the seedpods, which are biodegradable and designed to help the seed germinate. The seeding pattern that best suits the terrain is selected;

3) Planting a mix of seeds in areas pre-determined by the mapping in which trees will grow best. The drones, flying at a height of 1 or 2 meters, fire the seed pods down to the ground. The pods break open upon impact, allowing the germinated seed a chance to take root;

4) Monitoring to ensure trees are growing according to plan;