After two weeks of comprehensive talks in London, the International Maritime Organization (IMO) and envoys from 173 IMO member countries agreed to cut emissions by at least 50 percent by 2050 compared to 2008 levels. The agreement is considered a significant step in the fight against global warming, as this is the first time that CO2 emissions from ships will be regulated. The sector was excluded from the 2015 Paris climate agreement and the Kyoto Protocol as both involved national pledges to reduce greenhouse gases, and shipping -like aviation- is an international activity. Yet, it generates roughly the same quantity of greenhouse gas as Germany and would rank as the sixth-largest greenhouse gas emitter if it were a country, according to the World Bank. The IMO countries will meet again this fall to start discussions on actions in order to reach the target. It is expected that short, medium and long-term measures will be set, such as optimization of ship designs, improvements in port operations, fuel taxes and development of alternative zero emission fuels (batteries supplying electricity, solar and wind electricity generation, hydrogen technology etc). “It is likely this target will tighten further, but even with the lowest level of ambition, the shipping industry will require rapid technological changes,” said Tristan Smith, a reader at University College London’s Energy Institute.

Although a clear majority of the conference was in favor of action, there were countries that objected to emissions proposals. Jeffrey Lantz, director of commercial regulations and standards at the U.S. Coast Guard and head of U.S. delegation, said that "We do not support the establishment of an absolute reduction target at this time. In addition, we note that achieving significant emissions reductions, in the international shipping sector, would depend on technological innovation and further improvements in energy efficiency." Saudi Arabia, as an oil producing nation, expressed concern about the impact of the measures on its fuel supply business, while Canada, Argentina, Russia, India, Brazil, Iran and the Philippines also were worried, arguing that controls could penalize those that are far from the world’s main consumer hubs and that targets could have a negative effect on global trade.

On the other hand, environmental campaigners said that the target is not ambitious enough and that cuts of at least 70% from shipping emissions by 2050 would be needed to meet the aims of the Paris agreement. 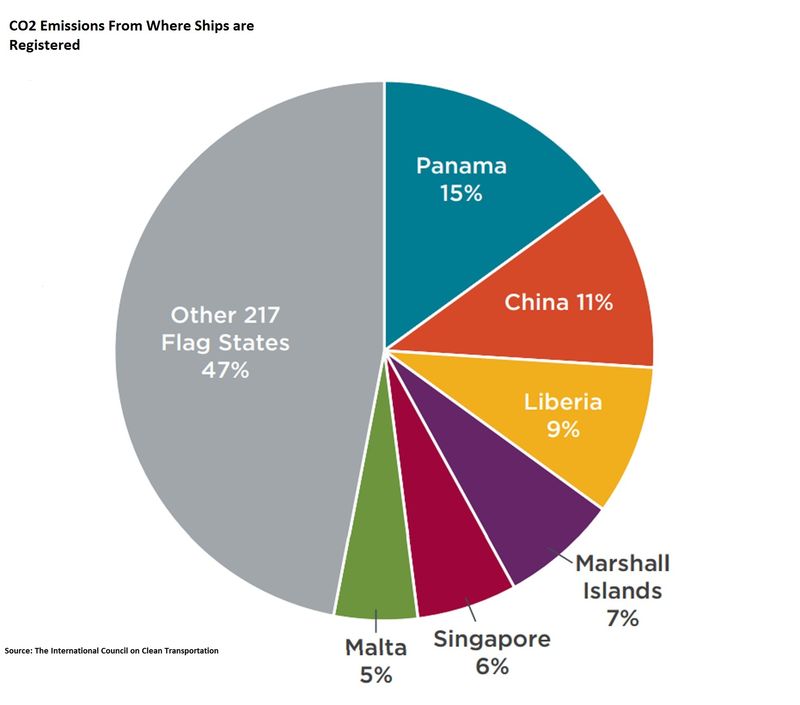