Block paving is an alternative to asphalt roads and is typically used on streets with relatively slow traffic, having a better aesthetic effect. However, the process of brick laying is time-consuming as it is done manually and can by quite harsh on the workers’ backs and knees. An innovative machine, launched by the Dutch company Vanku B.V. and named Tiger-Stone, can lay various interlocking patterns of bricks simultaneously in a short period of time with much less effort for its operator. The six-meter-wide device is amazingly simple to operate and is nicknamed ‘Road Printer’ due to the way it works.

Tiger stone requires 1-3 workers on its platform to fill the machine’s slot with loose bricks from the hopper. Next, standing at upright position, the workers vertically put the bricks in the required pattern. This way, the bricks hold better together. Then, as the machine rolls backwards, the bricks are lowered smoothly via a curved ramp on the ground with the help of gravity and a tamper or steamroller pushes them down to secure them in place. This process of brick laying is much more efficient, with the company claiming that a team can lay about 300 m2 of brick road a day (when a conventional paver lays 75-100m2 per day).

The machine can create brick roads from one to six meters wide. It is electrically powered, keeping its noise levels low, and the newest version, the eco, can operate for a week straight on a full charge. Moreover, Tiger Stone has very few moving parts and thus does not need much maintenance. It comes in varying sizes and accompanying associated prices; widths of four, five and six meters are available and its cost ranges from $80,000 to $110,000 approximately. 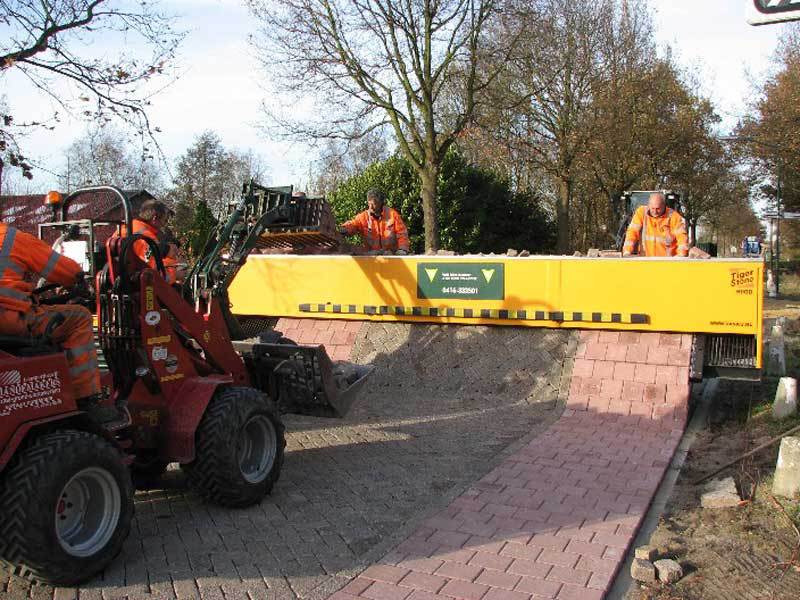 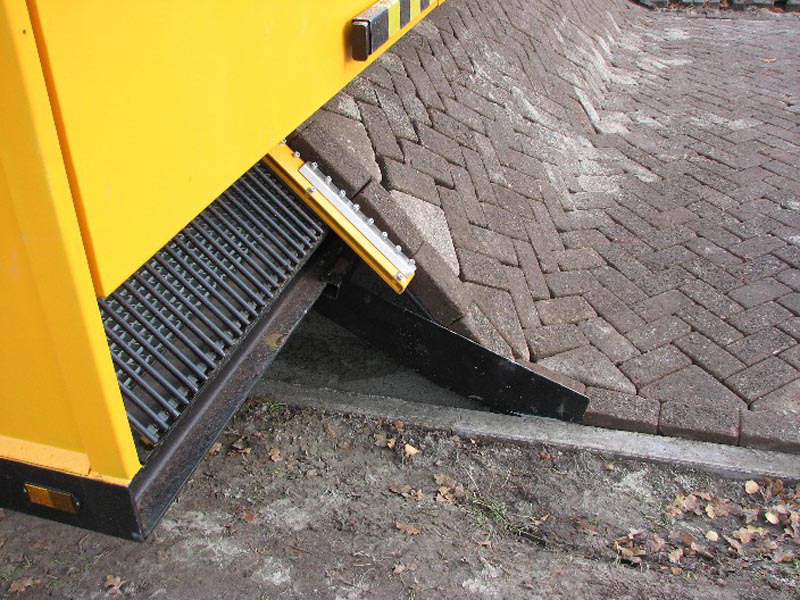 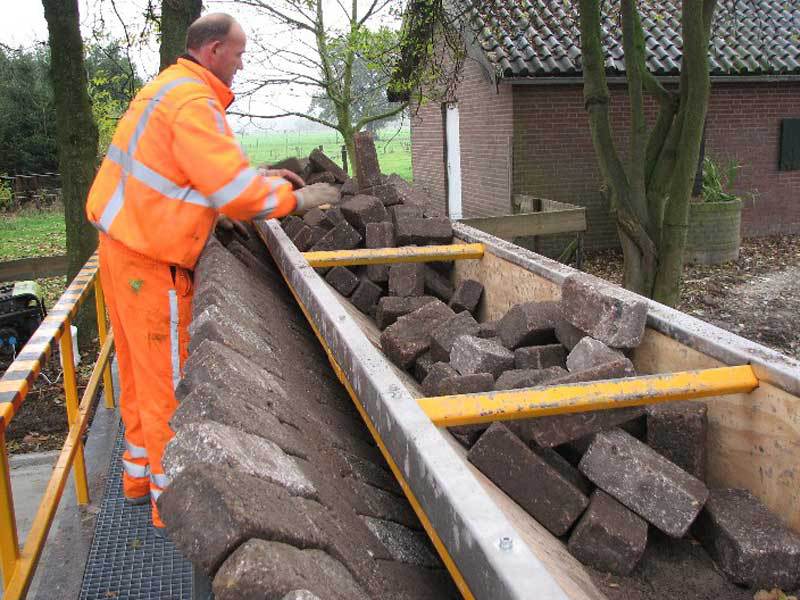 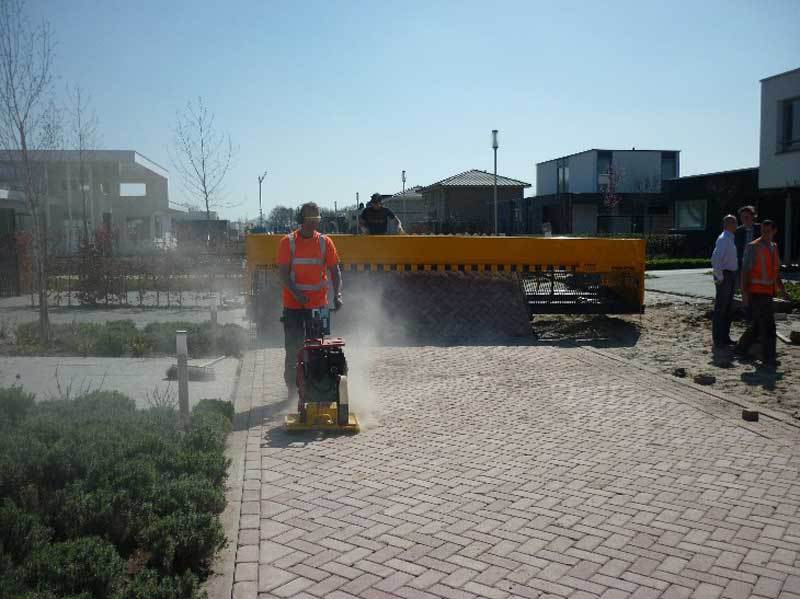 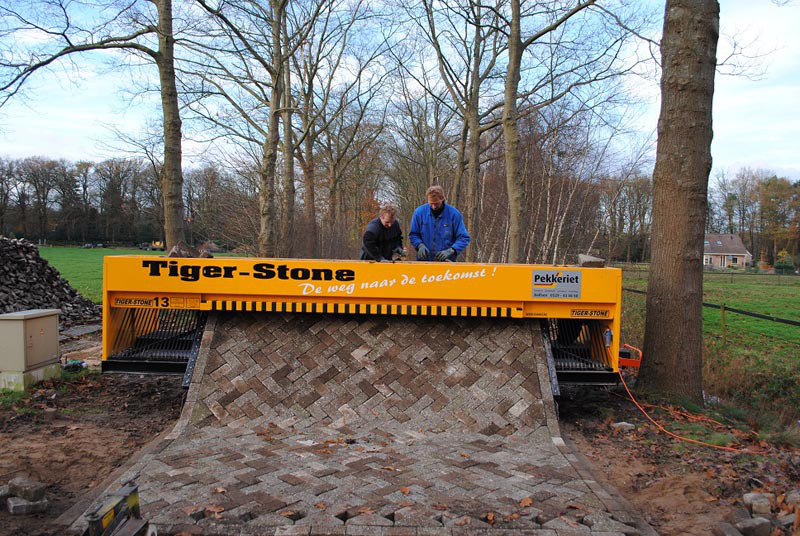 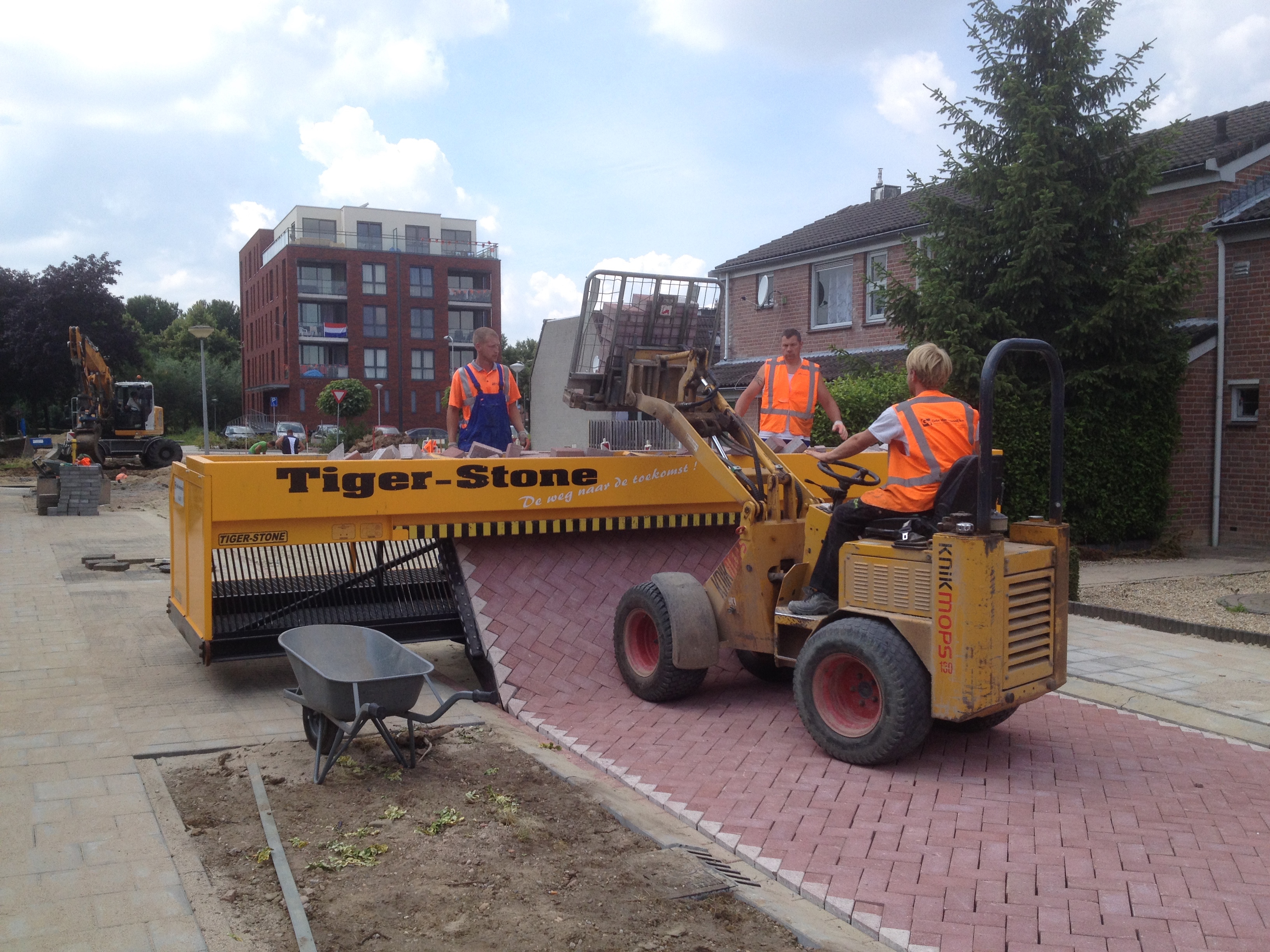