These are no ordinary popsicles! They are made of polluted water samples from Taiwan

After collecting the water samples, the students put them in molds in the freezer and then preserved them in polyester resin to keep them from melting. They also designed their packaging, in order for them to look as close to typical popsicles as possible. As seen from the pictures below, the collected water samples contain parts of plastic and metal and are also polluted with arsenic, mercury, and other harmful materials. The popsicles were ranked in order from dirtiest to cleanest, with the worst-ranked popsicle made with water from Keelung Harbor. Contrarily, water samples from Taitung and other parts of Eastern Taiwan were much cleaner. Popsicle No. 5, collected from a park in Sanchong, left the deepest impression on the three students, as the water contained apple snails ("fu-shou-luo" in Mandarin), which farmers consider pests because of their rice grain-munching tendencies. Another worrying fact is that the water sample for popsicle No. 7, which was described as "extremely stinky", was collected from a stream near their school in Banqiao, New Taipei City.

The project generates a polarity between how good these popsicles look, how awful they may taste, and how damaging and dangerous they are. "We hoped to use the contrast and conflict between the pretty popsicle wrapper and the polluted water inside to let the society understand the importance of clean water resources," Guo said. 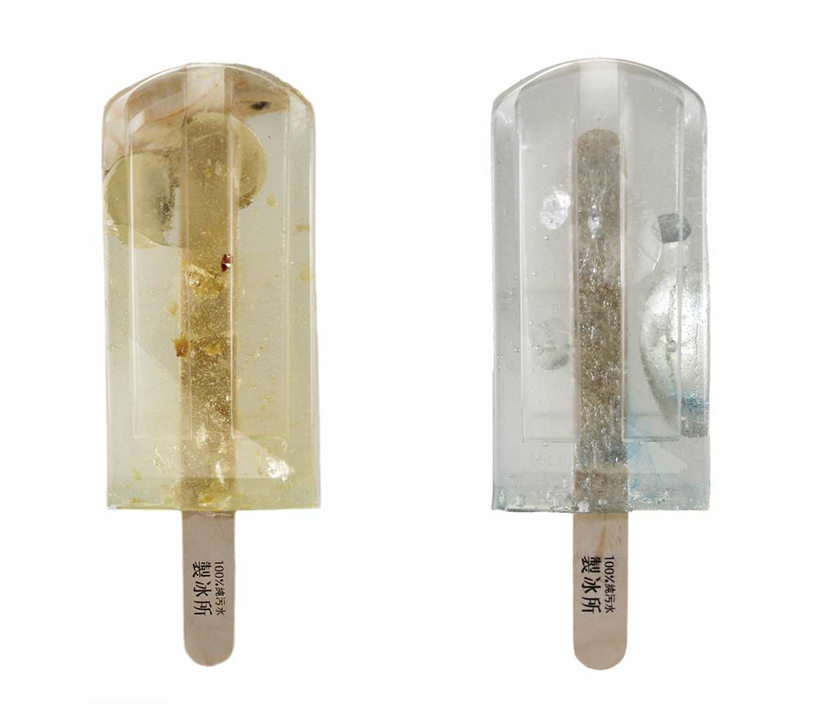