This powder offers an innovative solution to water purification

A small Japanese company has come up with a special powder that makes water cleaner within minutes and could improve water quality in developing countries or could even be used to provide emergency water supply after disasters. PolyGluâ€˜s powder sticks to dirt in water and makes it sink to the bottom. The company, established in 1993, has also launched a spinning pitcher (self-contained tank) to help filter water.

The key ingredient of the powder is a polymer of the amino acid glutamic acid, a coagulant made from fermented soybeans, which helps quicken the coagulation of impurities in water. It is a safe and eco-friendly flocculant which has been applied in various fields such as food, industrial equipment and cosmetic materials.

One gram of the powder can treat up to 5L of polluted water, depending on the turbidity (cloudiness) of the water source. The product can also be used in water with varying acidity levels and temperatures. Waste water can be treated too, however it cannot be fully purified, requiring further filtering in order to be safe to drink.

Cases in which it has already been used

Polygluâ€™s powder has already been successfully used in India, Somalia, Bangladesh and Tanzania in regions where there is water scarcity, or it was important to control water-borne diseases. In Mogadishu, the capital of war-ravaged Somalia, it was widely used in the Internally Displaced Person (IDP) camps in collaboration with the International Organization for Migration (IOM) and the Japan International Co-operation Agency (Jica). There, according to the locals, the agent has helped lower the incidence of illnesses and diarrhea among children of Somalis who fled their hometowns to escape famine and civil war. 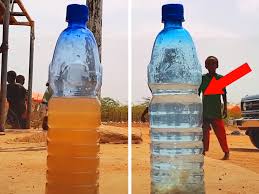 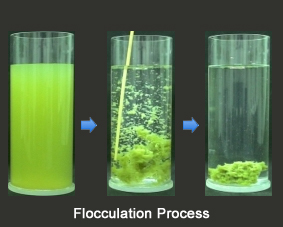