Poland gives its residents a new incentive to ride their bicycles, this time during the night. A new glow-in-the-dark bicycle path that is charged by sunlight has recently opened in Lidzbark Warminski, a small and picturesque town in the Mazury region. The innovative 100-meter long bicycle path is made of luminophores, a synthetic material that emits light for about 10 hours after being fully charged. The Polish construction company TPA Instytut Badan Technicznych in Pruszkow is behind this project and according to its president Igor Ruttmar, “The material we used for the track gives light for over ten hours. That means the road can radiate throughout the whole night and reaccumulate light the following day”.

TPA was inspired to create this beautiful cycling lane by the Starry Night bike path, created by the Dutch artist Daan Roosegaarde as a tribute to Van Gogh’s masterpiece. But while the Starry Night used LEDs powered by solar panels, the Polish company created an entirely self-sufficient bike lane, which can be directly charged by sunlight. TPA’s engineers and designers chose blue out of a variety of colors, as it would best suit the scenic Mazury landscape.

The glowing bike path is still in a testing phase, as it is not known how long it will take for its luminescent properties to wear out. 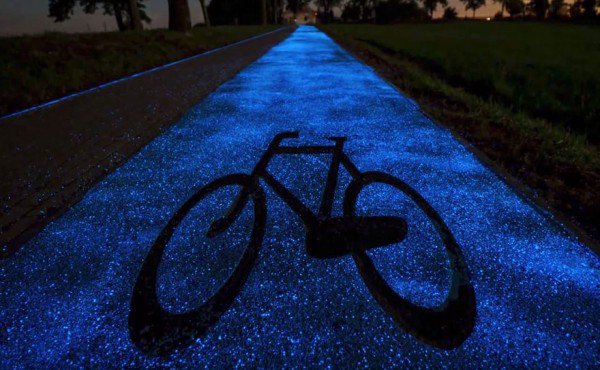 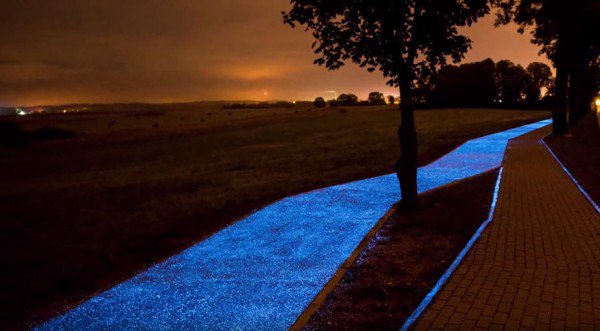