I.D. Buzz microbus is the name of the updated model of the longest-produced vehicle in automotive history and will go into production in 2022

I.D. Buzz microbus is the name of the updated model of the longest-produced vehicle in automotive history and will go into production in 2022

Driven by popular demand, Volkswagen is relancing an electric version of the Microbus, its iconic "hippy van." The van will be part of Volkswagen's planned ID line of electric vehicles and is expected to go into production in 2022 for the markets of the United States, Europe and China. The company first unveiled a concept car called ‘ID’, at the Paris Motor Show on September 2016, while the ID Buzz concept van was unveiled at the Detroit Motor Show in January 2017, where it was honored as “Show Car of the Year”. According to the company, the name Buzz plays off the word "Bus" and ID stands for any number of things including "Idea," "Identity" or "Intelligent Design."

For a long time, there were rumors that "VW engineers and designers were working on a new Camper van concept" and there were similar concepts revealed in the past that never went into production, such as the 2001 Retro Microbus Van concept, the 2011 Bulli and the Budd-e concept car revealed in 2016.

“For me, the I.D. Buzz concept is the most beautiful and most exciting electric car in the world,” said Dr. Herbert Diess, Chairman of the Board of Management for the Volkswagen brand, in Pebble Beach, CA. “Our goal is clear: we want to make the fully electric, fully connected car a bestseller around the world. The iconic car of the electric age must be a Volkswagen.”

Equipped with a 30 hp motor, the first VW bus was produced in Germany in the 1950s and soon became an iconic camping and surfing pop symbol. In 1970, after Germany changed several safety regulations, the production was moved to Brazil where ever-evolving versions of the VW bus were produced until 2013. It was when Brazil also changed its safety regulations and required anti-lock brakes and multiple airbags, that production stopped altogether.

The I.D. Buzz will be nearly five meters long, 1.97 meters wide and 1.96 meters high and its batteries will be situated on the vehicle floor. It will feature a 369 hp electric motor on each axle that will also provide all wheel drive. The 111 kWh battery pack will provide nearly 300 miles of estimated range, while -using a VW fast-charge system-, it can recharge by 80% of its energy capacity in 30 minutes at 150 kW. 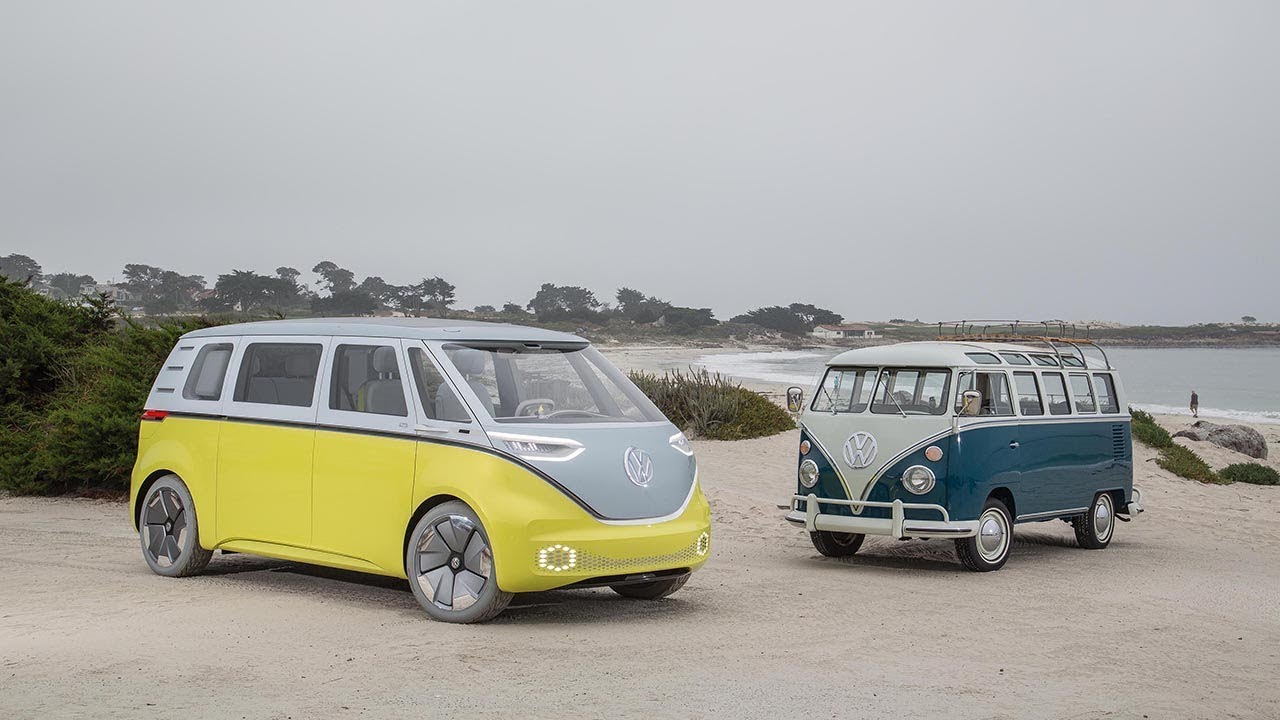 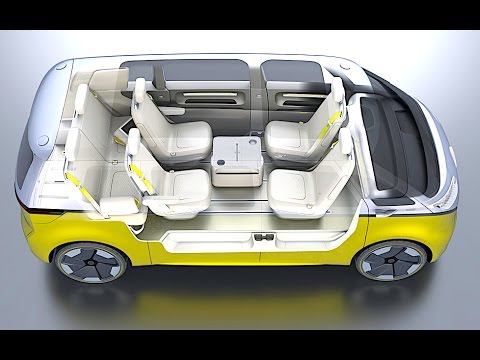 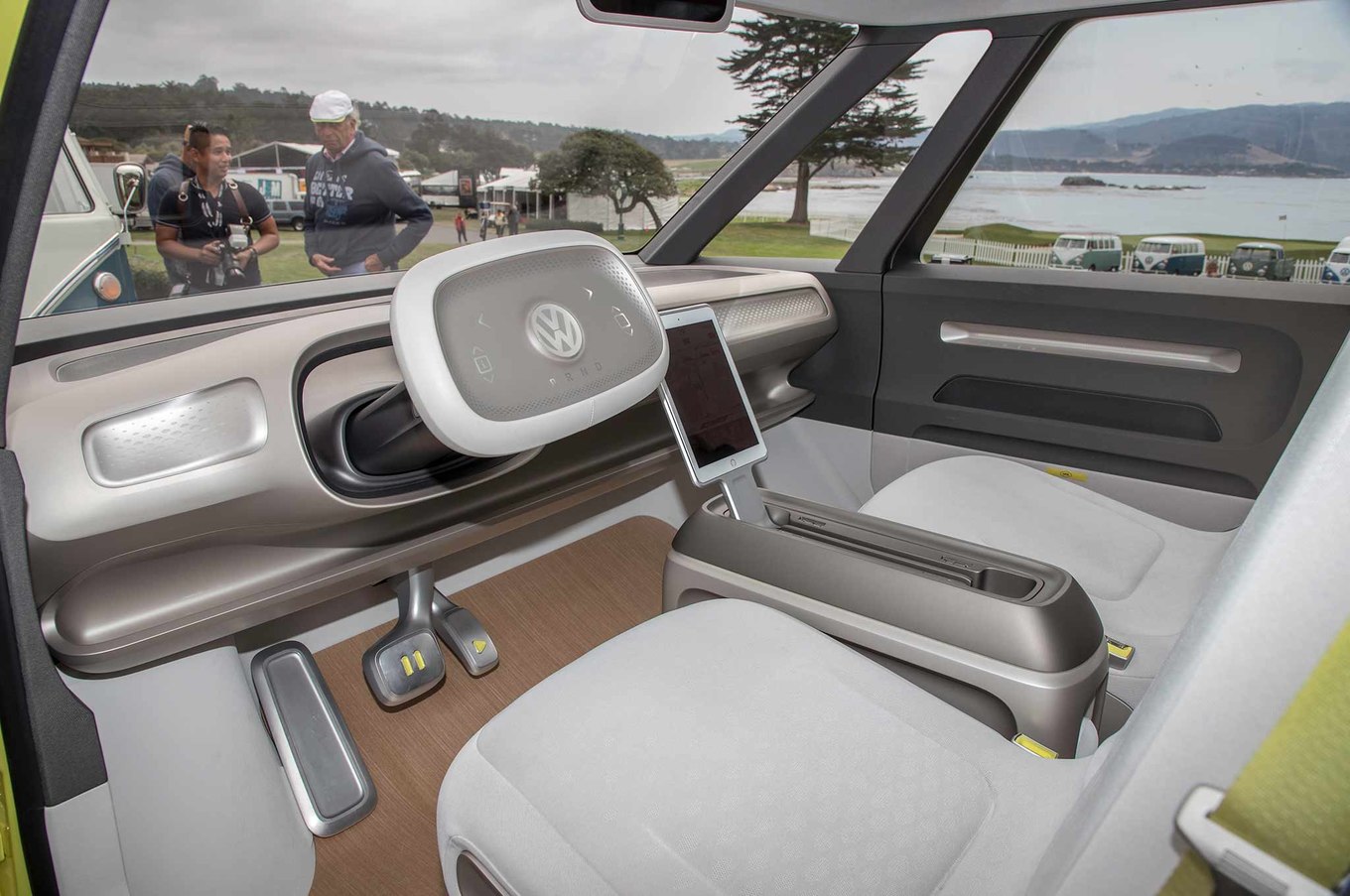 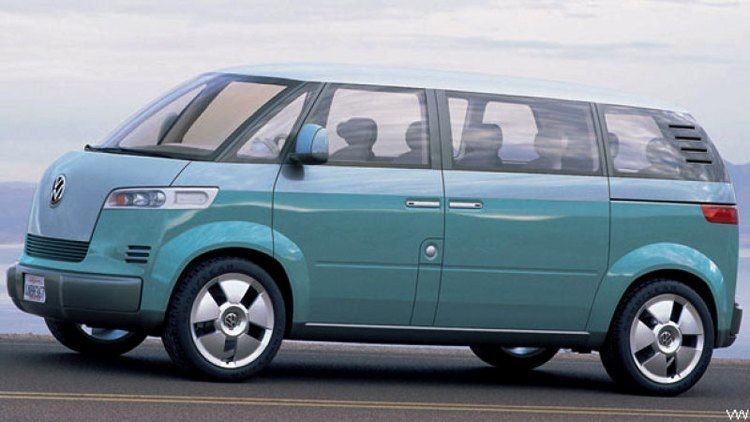 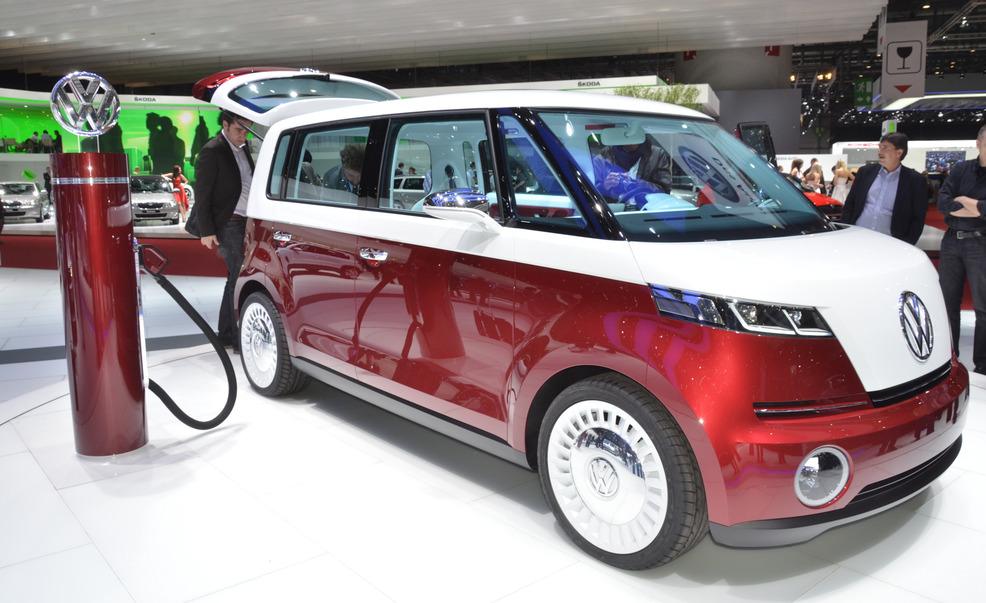 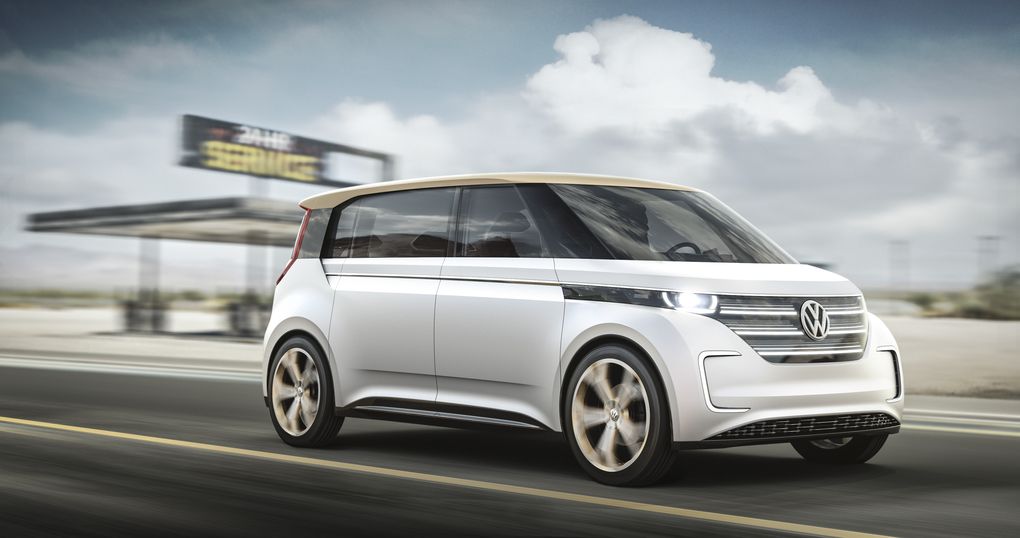