This tree-shaped skyscraper can feed a whole city

A proposal of the Aprilli Design Studio, ‘Urban Skyfarm’ is a vertical garden project to be located in the heavily populated city of Seoul, within the central business district. The prototype farm consists of four major components (root, trunk, branch and leaves), all of which have different spatial characteristics to support diverse farming activities. The roots and trunk will house a public market, while the branches and leaves will hold the 44,000 m2 farming areas where the city’s inhabitants could grow their own vegetables, participating in the local food production. The farming decks are designed in circular order and conditioned with optimal heating, lighting and moisturizing. The project was the winner of the Green Dot Design Award 2013 in the concept category.

The ‘Urban Skyfarm’ has been designed in such a way as to contribute to environmental quality improvement through water recycling, air filtration and renewable energy production. At the lower part of the structure, a processing plant and a water recycling facility will operate, while photovoltaic panels and wind turbines installed on its 4,000 m2 roof will provide enough energy to meet not only the building’s energy demands, but those of another structure of the same size too. 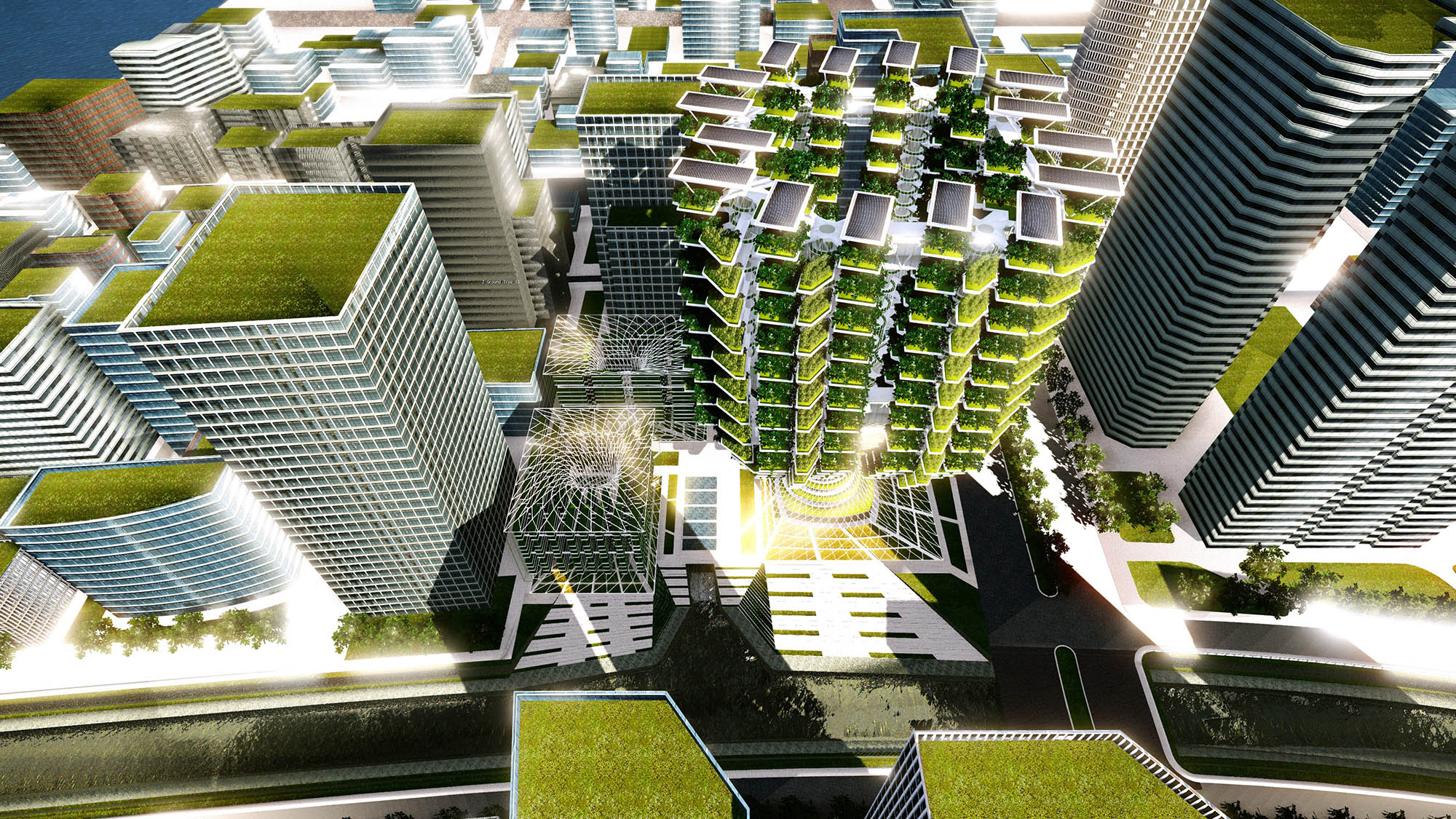 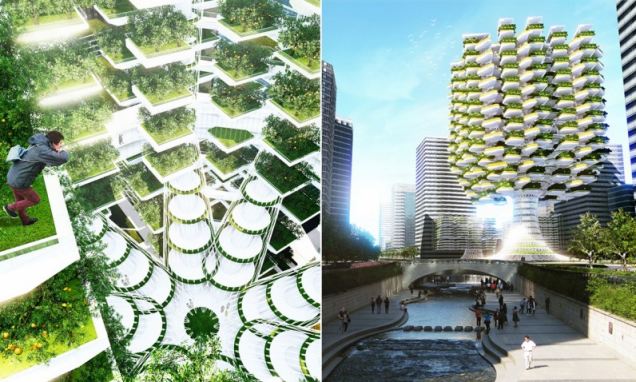 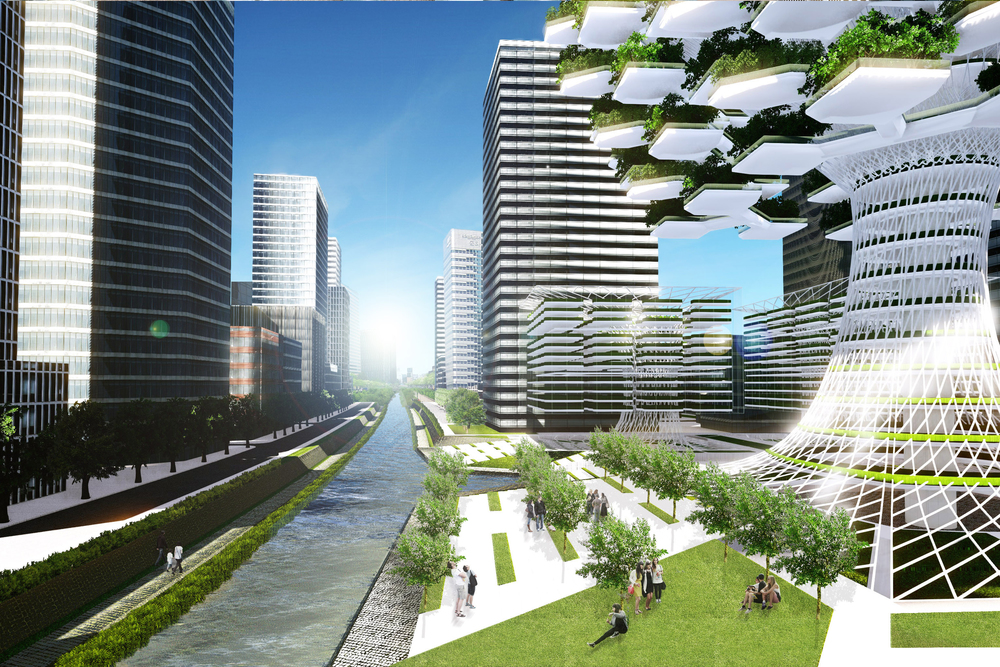