This revolutionary wind converter is inspired by hummingbird wings, and is much more compact and silent than conventional ones

Tyer Wind, a Tunisian startup dedicated to research in the field of wind energy, has designed a wind converter that produces energy imitating the flutter of hummingbirds. This new machine marks a revolutionary breakthrough in the field of mechanics, being much more compact and silent than conventional wind convertors, and ideal for residential areas. Its design is based on the movement of the wings of the hummingbird, a small bird making a humming sound created by its beating wings. This bird also stands out for its speed and efficiency in flight, with some species being able to beat their wings more than 80 times per second as part of a technique that allows them to stay in the air using a smaller amount of energy. Hassine Labaied, partner and co-founder of Tyer Wind, says it is the first time that a mechanical device successfully imitates the movement of a Hummingbird.

The new highly efficient wind convertor has two wings with a vertical axis made of carbon fiber of 1.60 m each, occupying less space than conventional ones, with the company claiming that the initial tests in terms of energy efficiency, aerodynamic behavior and material strength are encouraging. They use a new technology called Aouinian 3D kinematics, which greatly reduces the size of the blades and drastically reduces the noise they generate.

The Tyer Windâ€™s innovation is able to convert the resultant force of the lift and the drag forces into work and has, therefore, limited level of drag at the structure, resulting to 2 major advantages: (1) lower solicitation at the mast resulting in lower civil works costs, (2) it can resist high wind velocity and therefore can generate higher energy output. But because the wings are based on an oscillating concept, the Tyer converter generates less energy compared to the turbines, which could easily be equalized by allowing a higher density of installed machines (in a wind farm). Another major advantage of Tyer Wind technology is the possibility of installing 2 machines in 2 levels on the same tower. This would result in a better space optimization and a higher electrical output per square km. 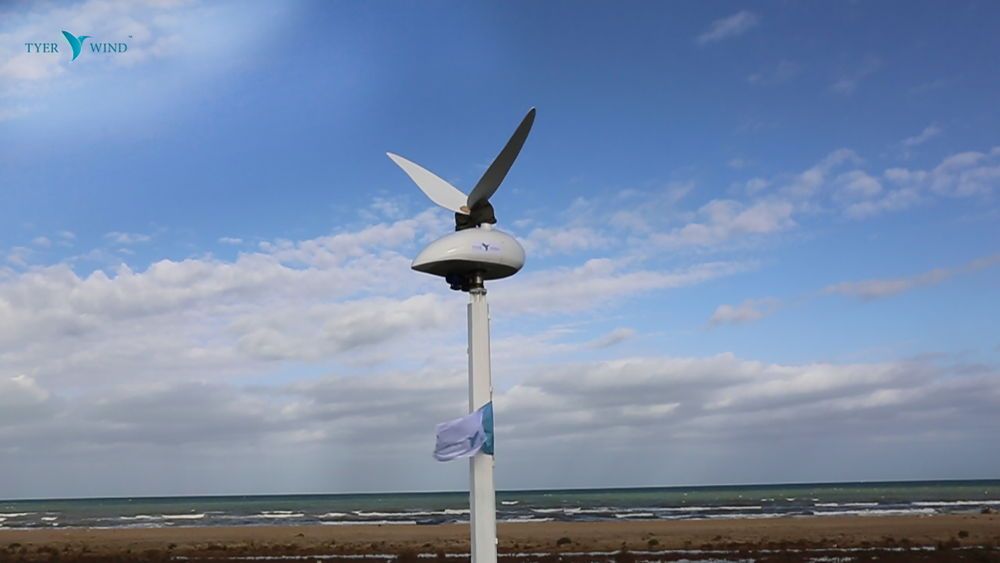 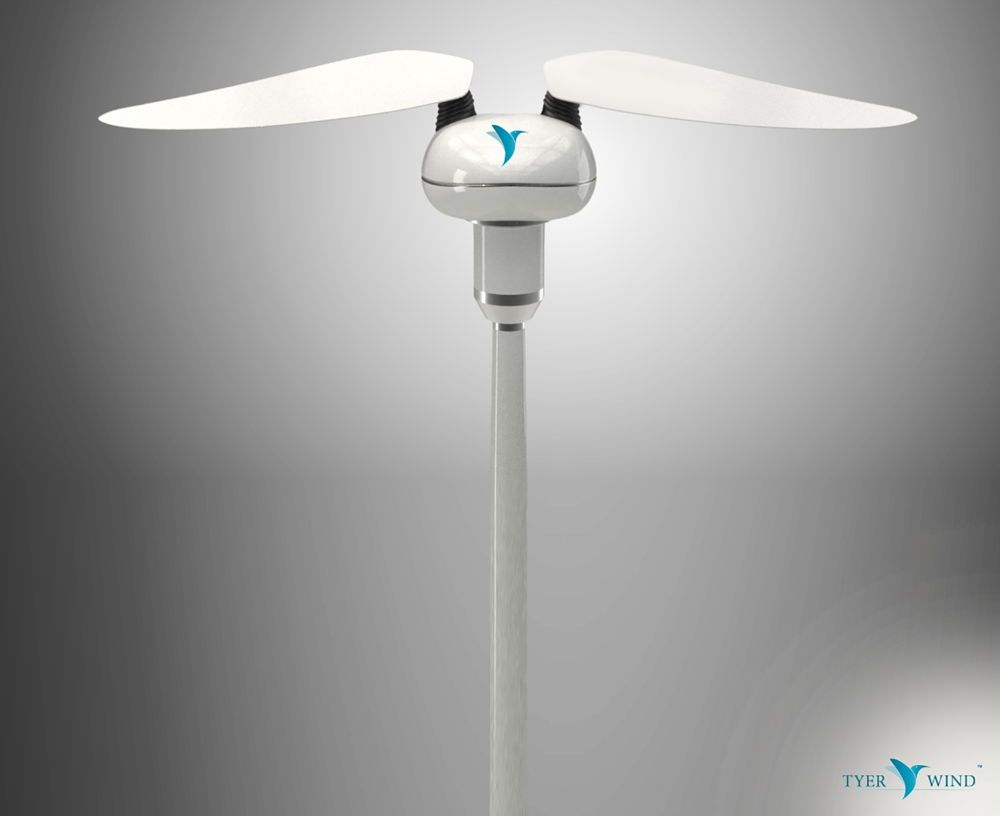 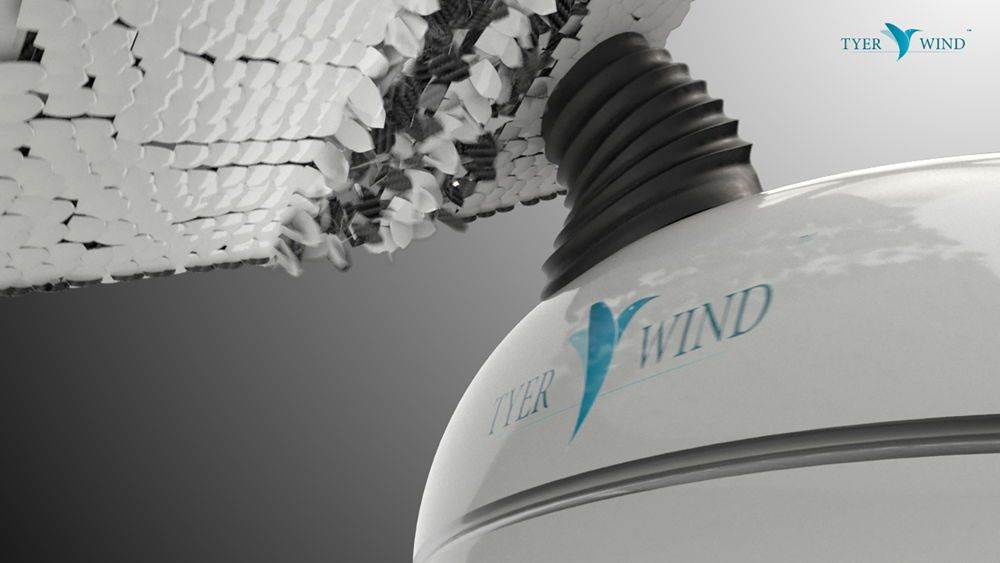 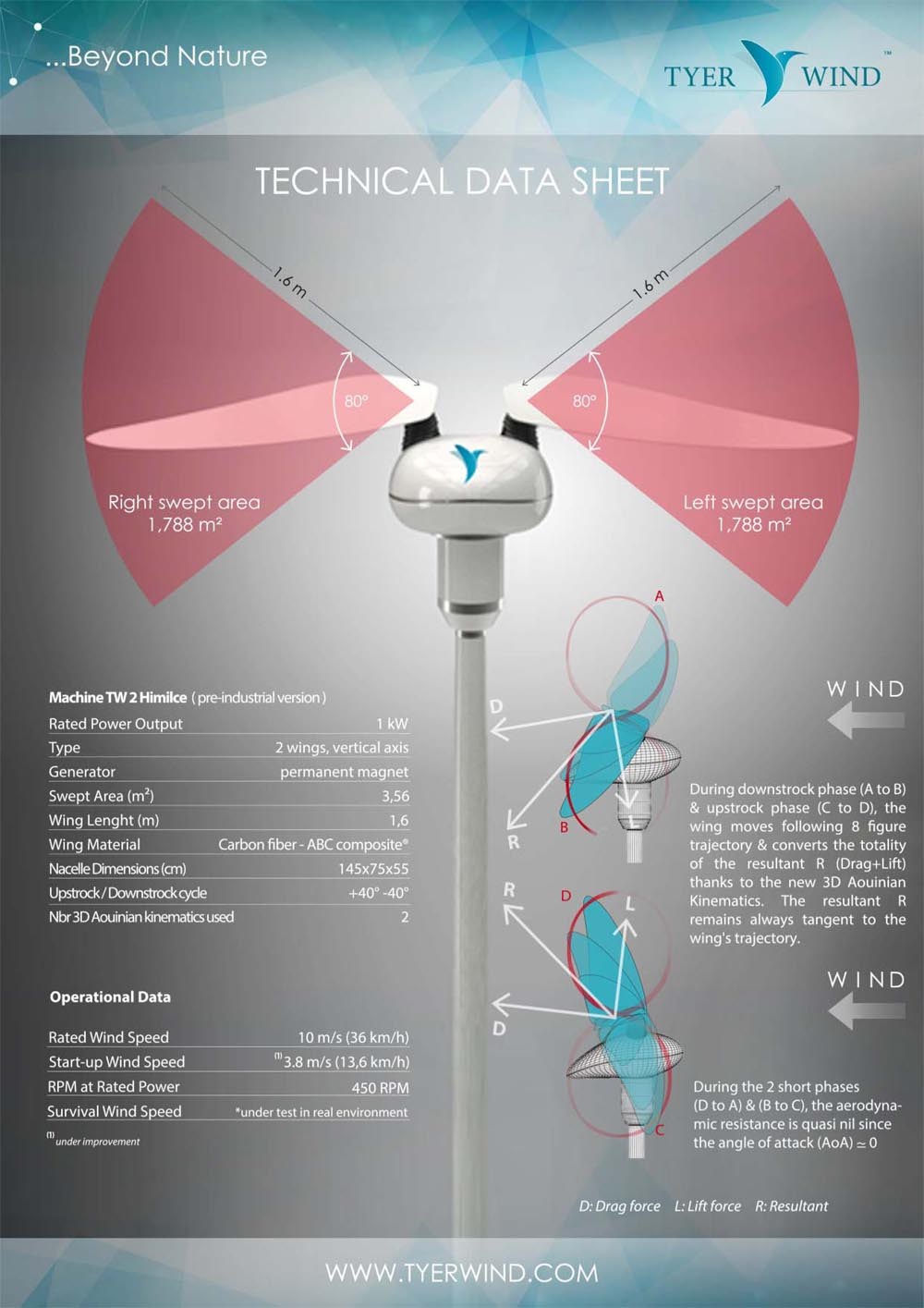