The US startup Enomad has developed Estream, a portable water-powered generator that when suspended in moving water, such as a river or stream, converts its kinetic energy into stored energy in order to charge USB-connected mobile devices. Able to also work in shallow, low-velocity streams, the turbine can generate between 2.5 and 5W of electricity, enough to charge up to three devices twice as fast as a regular outlet, while 4.5 hours are needed to fully charge the its 6,400mAh built-in battery. The device is ideal for hikers or for any other off the grid activity, as it is light and durable and can double as a flashlight as well.

Behind Estream, there is a team of young, professional designers and engineers who dreamt of making powerful portable green energy available to backpackers and hikers, while taking clean, affordable electricity to parts of the world that had never experienced it before. “Whether it comes in through the tap or it is collected from a stream, water is present in the daily lives of everyone on the planet. Enomad wishes to expand sustainable energy on a personal level by allowing people to discover and utilize the natural energy resources around them,” says the team. In mid-2016, the startup run a successful crowdfunding campaign, the money of which helped the team further develop the system, adapting it to salt water energy generation. 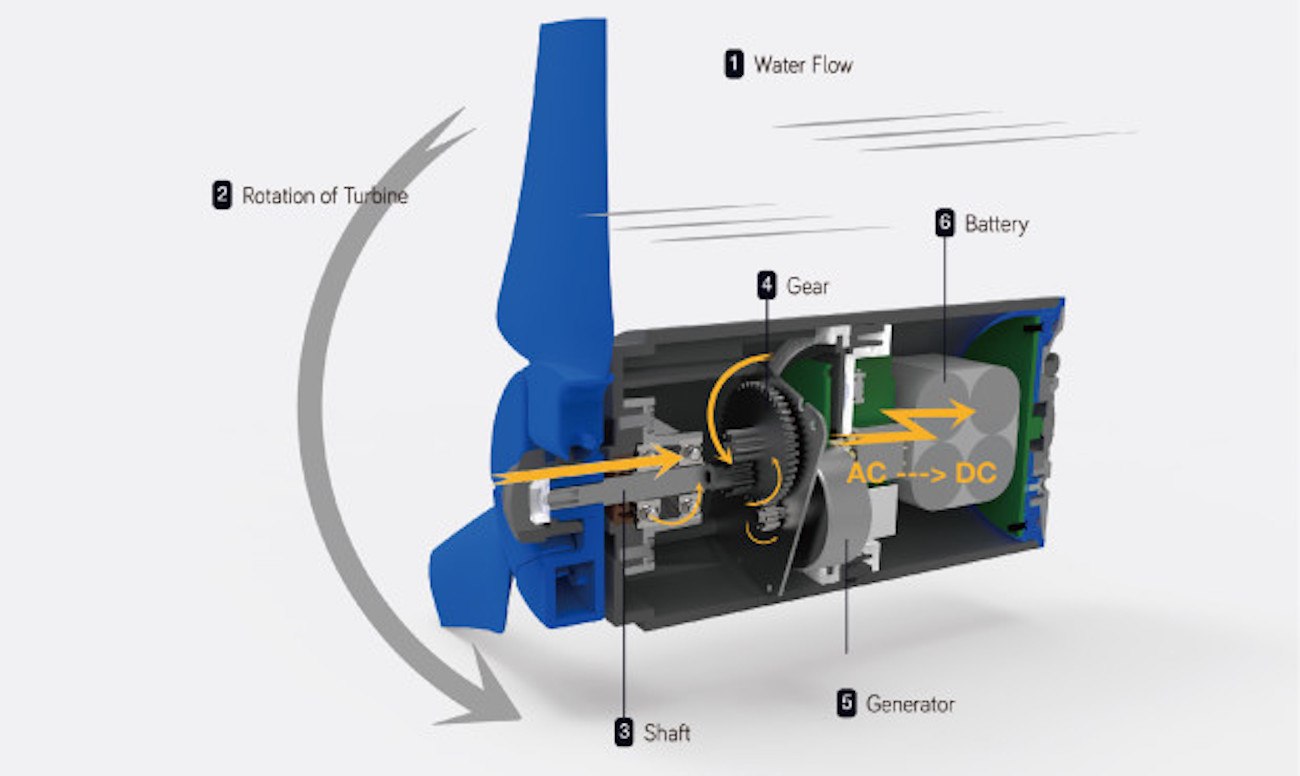