Since the beginning of 2017, Dutch electric trains are running 100% on wind power

The Dutch railways company NS is the world’s first railway company that gets 100% of its energy from wind. In 2015, NS- on behalf of VIVENS, the association of rail carriers- and the energy company Eneco signed a 10-year contract for the supply of the required traction power of 1.4 tWh, which equals the energy used by Amsterdam’s households per year. Eneco will provide renewable energy, generated by wind turbines and this partnership allowed the company to invest substantially in the expansion of its wind farms. “If the Dutch railways sourced 100% of the 1.4 tWh of energy they needed each year from within the Netherlands, this would decrease availability and increase prices of green power for other parties. That is why half of the demand will be sourced from a number of new wind farms in Belgium and Scandinavia, which have been specifically assigned for this contract.” explains Eneco’s account manager Michel Kerkhof.

NS, which carries out 1.200.000 train trips per day transporting 600.000 people, wanted to drastically cut train ride emissions. Originally, the target for 100% climate-neutral electric trains was set for 2018, but due to the early completion of new wind farms, it was met one year ahead of schedule. "What makes this contract and partnership unique is that a whole sector decreases its CO2 footprint enormously and sets an example for other sectors to follow," Kerkhof states. "Mobility is responsible for 20% of CO2 emissions in the Netherlands, and if we want to keep travelling, it is important that we do this without burdening the environment with CO2 and particulate matter. This contract offers all Dutch citizens the option to make a climate neutral trip, regardless of distance." 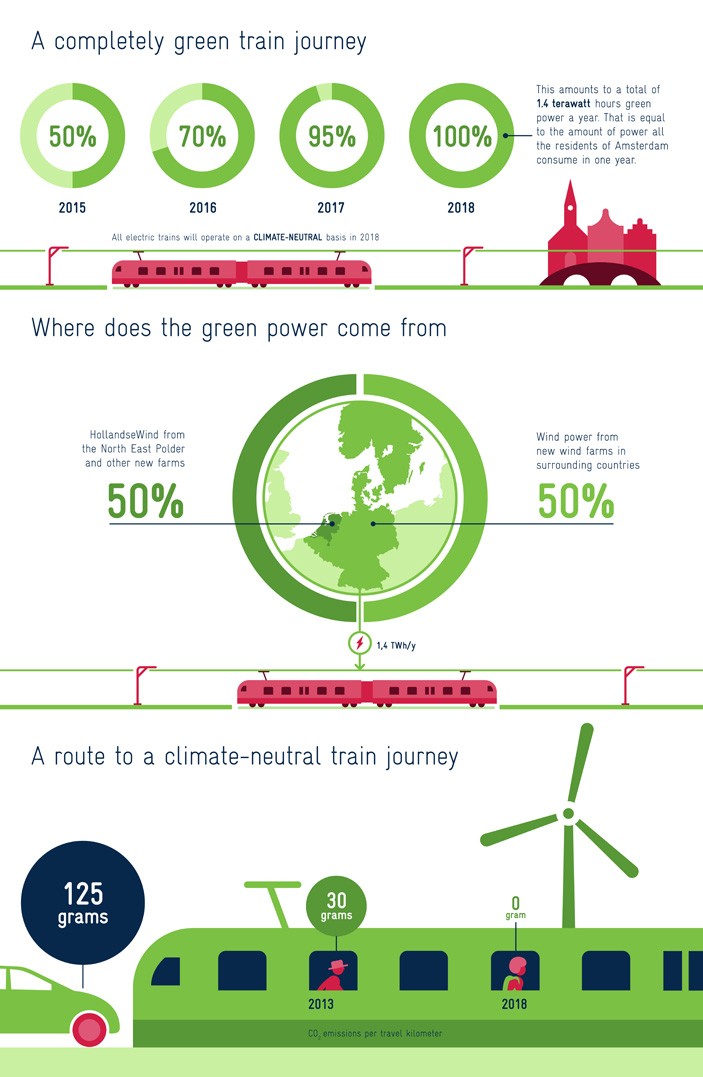