July 2016 was the hottest month in recorded history

July 2016 is now officially the warmest month in the last 136 years of modern record-keeping (the modern global temperature record begins around 1880, as previous observations didn’t cover enough of the planet). Separate analyses of NASA’s Goddard Institute for Space Studies (GISS) in New York and the National Oceanic and Atmospheric Administration (NOAA) prove this to be so.

July is typically the hottest month of the year, as it is the time the summer peaks in the Northern Hemisphere, but last July was 0.1 °C warmer than previous record-breaking Julys in 2015, 2011 and 2009. “It wasn’t by the widest of margins, but July 2016 was the warmest month since modern record keeping began in 1880,” said GISS Director Gavin Schmidt. “It appears almost a certainty that 2016 also will be the warmest year on record.” This statement comes after the finding that 2015 was the warmest year ever, continuing a long-term warming trend.

July 2016 was the 15th straight month of recording-breaking temperatures in NOAA’s analysis and 10th-straight in NASA’s, and also the 379th consecutive month with temperatures at least nominally above the 20th century average. 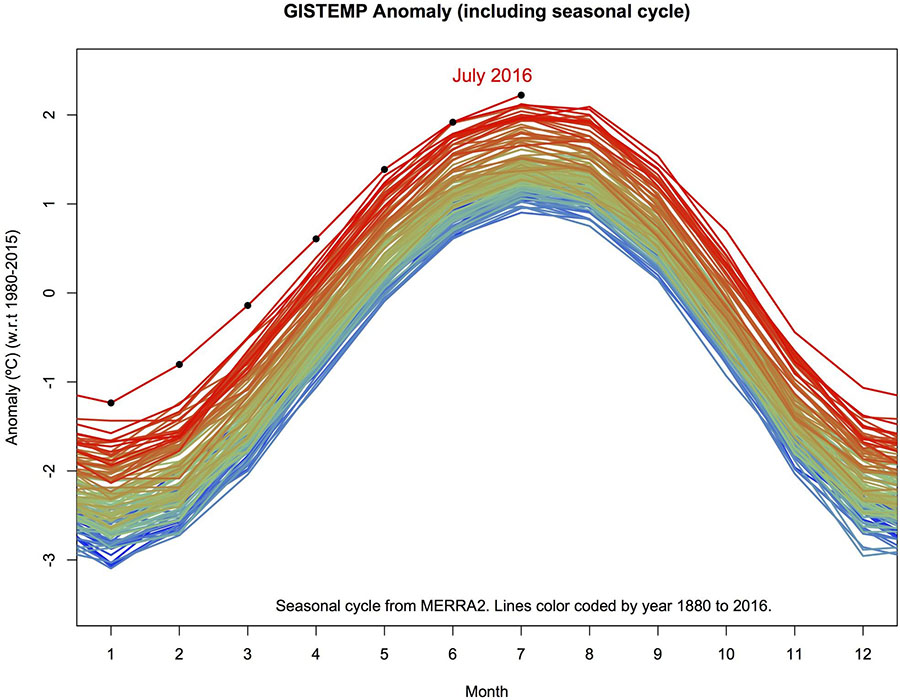