NASA flies over the poles to monitor ice loss

With operation IceBridge, NASA’s researchers study the processes by which the polar regions are connected with the Earth's climate system. Onboard a retrofitted 1966 Lockheed P-3 aircraft, they conduct a series of eight-hour flights over Greenland (from March to May) and Antarctica (October to November) in order to measure annual changes in ice thickness and movement and model a three-dimensional view of ice sheets, ice shelves and sea ice. This annual scientific undertaking is part of NASA's Cryosphere Program and in the spring of 2017, the second-to-last mission of operation IceBridge in the Arctic Circle was conducted.

This program was necessary in order to bridge the gap created when NASA’s ICESat (Ice, Cloud, and Land Elevation Satellite) –which was launched in 2003 to monitor changes in polar ice – suddenly stopped collecting data in 2009. Its replacement ICESat-II will be ready in 2018 and once it is up and running, it will have the ability to take continuous measurements over a much wider area - unlike the current aircraft-based method, which is only limited to annual surveys.

The data collected during operation IceBridge is critical in predicting the effect climate change will have on polar ice, including a rise in sea levels. Scientists were concerned that the Arctic Circle would be one of the regions that would be hit the hardest by climate change, and indeed on March 7, 2017, sea ice there reached the lowest maximum wintertime extent ever recorded. But the Arctic is not the only area that has been affected, as the sea ice extent sank to record lows at both poles. 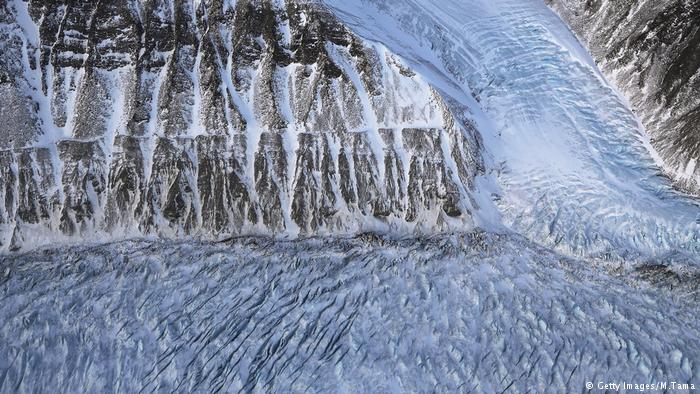 The darker the color, the thinner the ice. 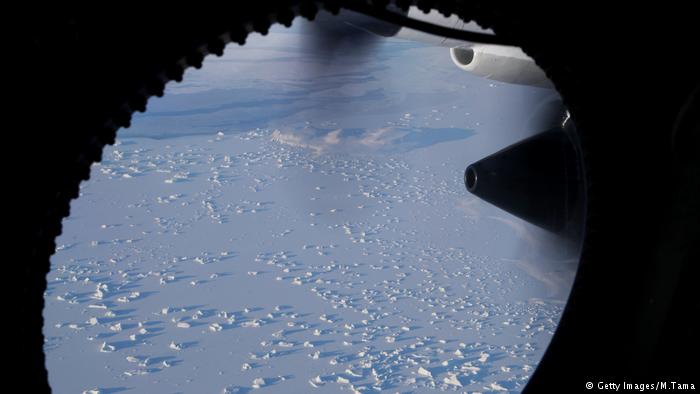