Henderson Island, part of the UK's Pitcairn Islands group, is located in the South Pacific between New Zealand and Peru. Although the nearest cities are almost 5,000 km away, this uninhabited and remote island is found to be the most littered place on Earth, having the highest density of plastic waste –an estimated 671 items per m2- according to a study. The reason for this seems to be its location, as it sits near the center of a massive rotating current called the South Pacific Gyre.

The research was conducted by the University of Tasmania's Institute for Marine and Antarctic Studies, and the Centre for Conservation Science at the Royal Society for the Protection of Birds and its results were published in the journal Proceedings of the National Academy of Sciences. According to this Australian-British study, the island has an estimated 37.7 million pieces of debris on its beaches, weighing a total of 17 tonnes, while almost 68% of it is buried under 10cm (4 inches) of sand. ‘The quantity of plastic on Henderson Island is truly alarming and takes your breath away,’ said Dr Jennifer Lavers from the University of Tasmania. ‘A lot of the items are what we wrongly refer to as disposable or single-use,’ she continued. Fishing items, toothbrushes, cigarette lighters and razors were abundant, but it was also shocking to see a hermit crab living inside a plastic jar. ‘At first it looks a little bit cute, but it's not. This plastic is old, it's sharp, it's brittle and toxic. To have wildlife living inside our waste, that's not something we want to continue’ Dr Lavers said, adding that ‘the condition of the island highlighted how plastic debris has affected the environment on a global scale, with almost every island in the world and almost every species in the ocean to be impacted one way or another by our waste’.

All this is happening on an island where public access is denied, and only researchers are allowed on its shores. It is also very difficult to reach, as the research team had to take five flights from Tasmania and travel for three days on a chartered ship from French Polynesia in order to get there. Dr Lavers said: 'It's well off the tourist track, it's not on any shipping or transport routes and there are no commercial fishing operations in the area. 'It's almost off the map, it's like it doesn't exist.'

Henderson Island is listed by Unesco as a coral atoll with a relatively unique ecology, notable for 10 plant and four bird species. Through the years, this uninhabited island has become a natural refuge for many species of animals, including some endangered, such as two bird species that have taken their name after it (Henderson Petrel and Henderson Crake) and the rare green turtle. Sadly, plastic pollution on beaches is likely to affect the green turtle’s nesting sites as it deters pregnant females from laying their eggs.

Wondering what you could do to help? Spread the word as raising awareness is the best way to get people to stop littering beaches, prevent plastic from getting in the ocean and most importantly use less of it in the first place. Researchers hope that after seeing these images, people will "rethink their relationship with plastic", and so do we! 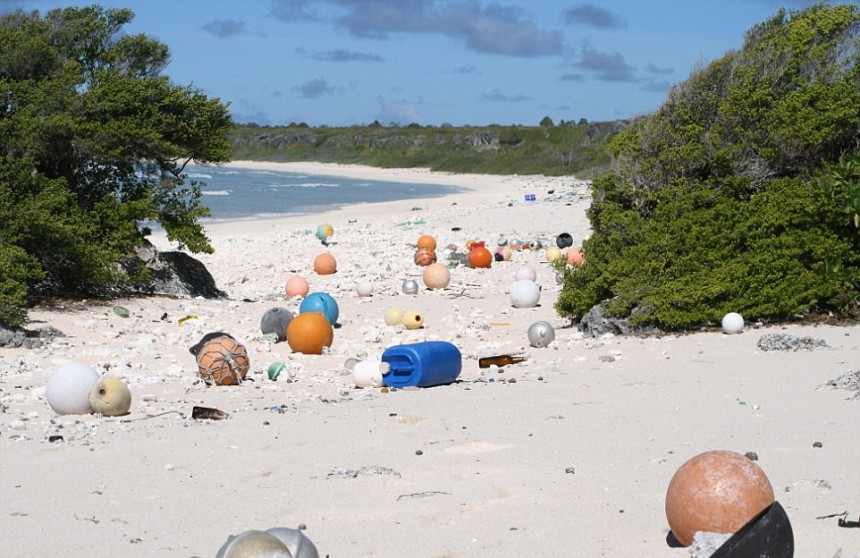 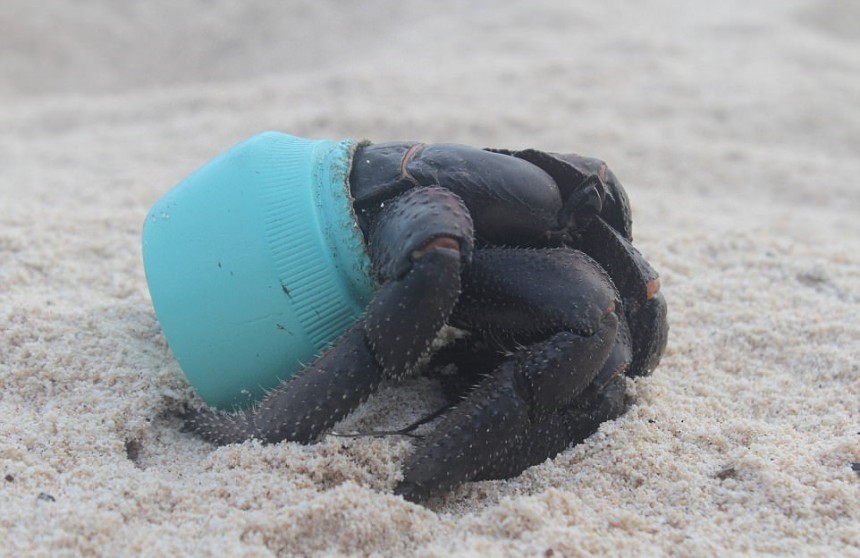